Miniatures Monthly 003: I Have A Very Particular Set Of Skulls

An Miniatures posted by Chris Thursten on April 25, 2017 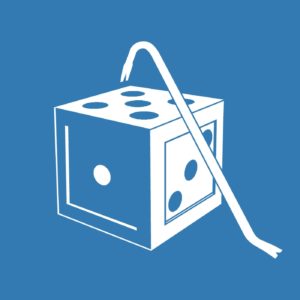 This month, Chris and Tom discuss… loads. From the new edition of Warhammer 40,000 to truescale space marines, Shadow War: Armageddon and getting into the Horus Heresy books, there is nowhere this circular space-thingy of swirling tangents cannot go. 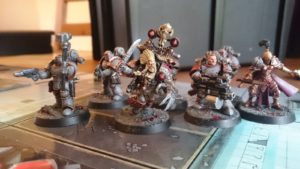 Tom’s Space Wolves, including Geigor, his Veteran Sergeant, and his Sister Superior. 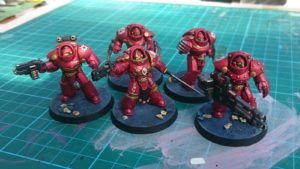 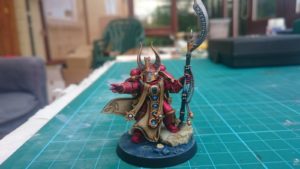 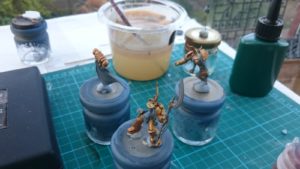 A work-in-progress shot of Ahriman, who was painted in four sub-assemblies. 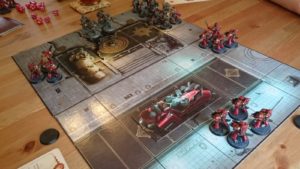 Our battle report this month is the first scenario of Burning of Prospero. This was our deployment setup: the empty bases off the board indicate the ‘exit zones’ that Tom’s Space Wolves had to reach. 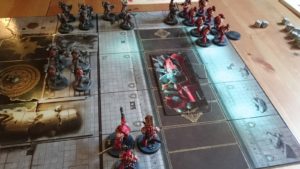 After Chris’ Thousand Sons fail to create a wall of fire to block Tom’s advance, Geigor charges three squares into the retreating Sons. He then kills two of them, and shooting kills the other two. 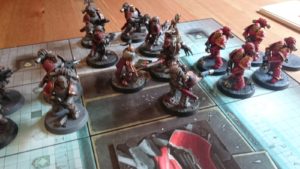 Tom’s Space Wolves consolidate their position in front of the surviving Tactical Marines, who block the exit. 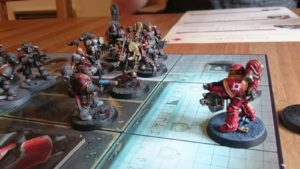 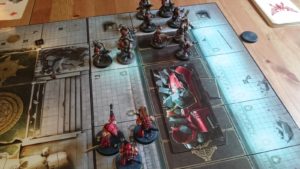 Chris’ surviving squad has one last shot at stopping Tom’s Space Wolves: casting a wall of fire on the exit. 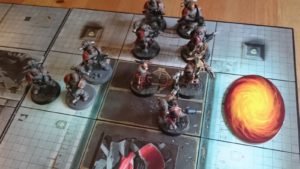 The casting attempt succeeds! This spell only lasts one turn, but can – hypothetically – be case every turn, forcing Tom to redirect his forces. 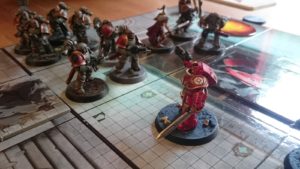 Chris wins the initiative on this turn, moving the Terminator Sergeant up to pin one squad. He attacks them with his power sword, and misses. 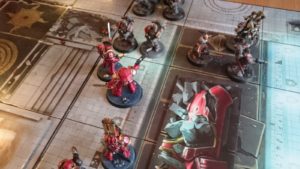 On the next turn, Chris fails to cast another wall of fire but succeeds in resurrecting his Veteran Sergeant. He then wins initiative. If he can succeed in killing those two marines in combat and move up to occupy their square, they will pin Tom’s other units and prevent victory. They miss. 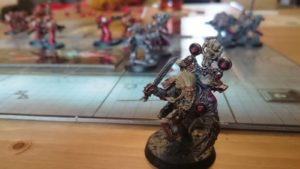 An unhindered Geigor happily charges off the board to continue murdering people. What a hero. Tom wins!

Our intro and outro music is the work of Mike Debenham: here’s his website!

If you’d like to get in touch, you can contact us at miniatures@crateandcrowbar.com. Send us questions, feedback, ideas!

You can listen to this episode on YouTube, if you prefer, and find all other episodes in the series via this playlist.

This project is made possible by the Crate and Crowbar Patreon. Thank you to all of our supporters: it’s a lot of fun to plan exciting new things for C&C.

Thanks for listening, everybody! Miniatures Monthly will return on Tuesday 30th of May.