Miniatures Monthly 007: A Bird Did It

An Miniatures posted by Chris Thursten on August 29, 2017

Chris and Tom discuss loads of news, from Age of Sigmar’s General’s Handbook 2017 to rules changes, new models, and Fantasy Flight’s Star Wars: Legion announcement. Plus: Iron Hands, painting a Lord of Change, and what happens when a Lord of Change meets a Celestant Prime. (Sort of.)

Not much by way of show notes this month, but here’s the piece of fiction that Chris wrote for Tyler Mengel’s Endless Deserts fan project. 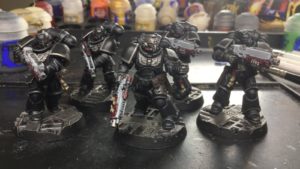 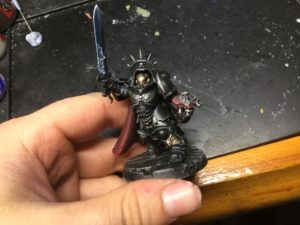 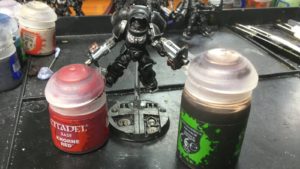 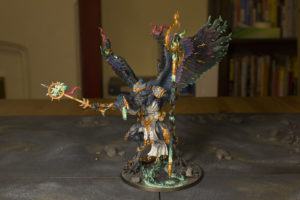 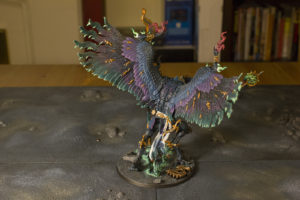 Rear shot of Chris’ Lord of Change. His wings are space for some reason. 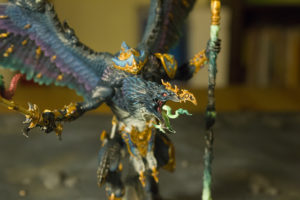 His face: not space. 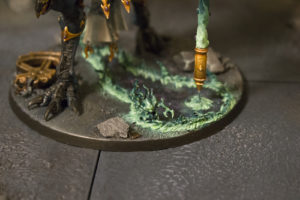 The base: it is space. 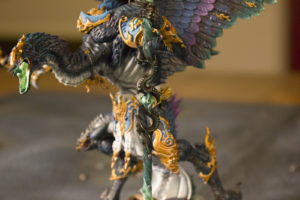 The staff is also space? 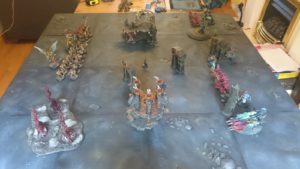 Two armies and one big bird arrayed at the start of of our most recent game. Tom’s Celestant-Prime and Retributors are in space, and his Vanguard-Hunters haven’t arrived yet. 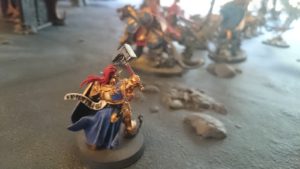 The Changeling was also there. 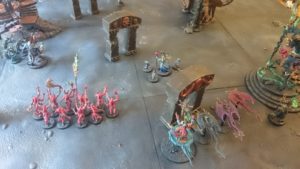 Chris makes a cautious move forward on his first turn. This will be completely fine as long as nothing charges the Gaunt Summoner before he can summon a Balewind Vortex. 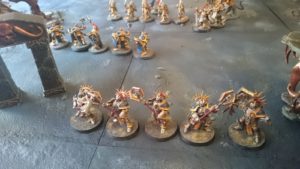 Tom’s Retributors descend from space on his first turn, but are forced to deploy in a defensive line across the middle of the board. This defensive line is directly opposite Chris’ Gaunt Summoner. 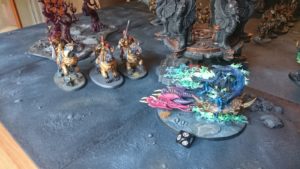 Tom’s Lighting Chariot-assisted Fulminators close in on Chris’ chariot but fail their charge. The Lord-Celestant succeeds, however, and wipes the demons out. 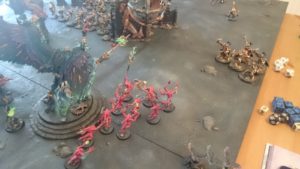 Tom’s Vanguard-Hunters appear on Chris’ right flank, in charge range of the Pink Horrors protecting the Lord of Change. 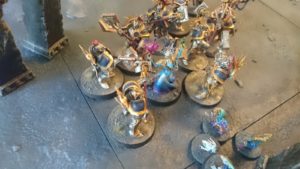 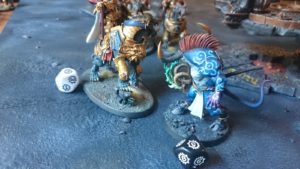 The Ogroid Thaumaturge rushes Tom’s general to score a vital wound, but it’s not a fight the big blue bull boy can win. 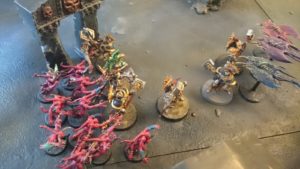 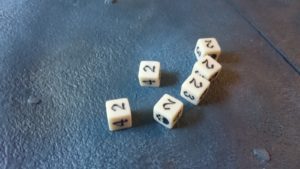 That feeling when you hit on 3s, reroll 1s, and roll six 2s. 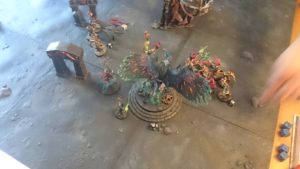 Tom’s Retributors take casualties, but the Vanguard-Hunters’ crossbows eventually take down the big bird himself. 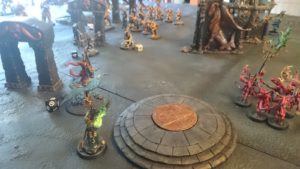 Chris’ scant surviving forces muster the defense of the crater where the Lord of Change used to be. 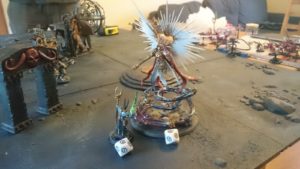 Pictured: a 100% justified use of tremendous cosmic power. 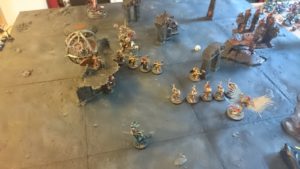 When the dust settled, the Changeling was still also there.

Thanks for listening, everybody! Miniatures Monthly will return on Tuesday 26th of September.