An Miniatures posted by Chris Thursten on July 13, 2018

Chris and Tom dig deep into Age of Sigmar’s Second Edition and begin a new narrative campaign as our Stormcast and Tzeentch forces clash over an erratic magical ball.

Note: we recorded the bulk of podcast separately from the battle report, and for various reasons we had to use our old podcasting gear for the latter. This means there’s a bit of a dip in audio quality in that section, which includes a fair number of children screaming in the distance. Sorry! 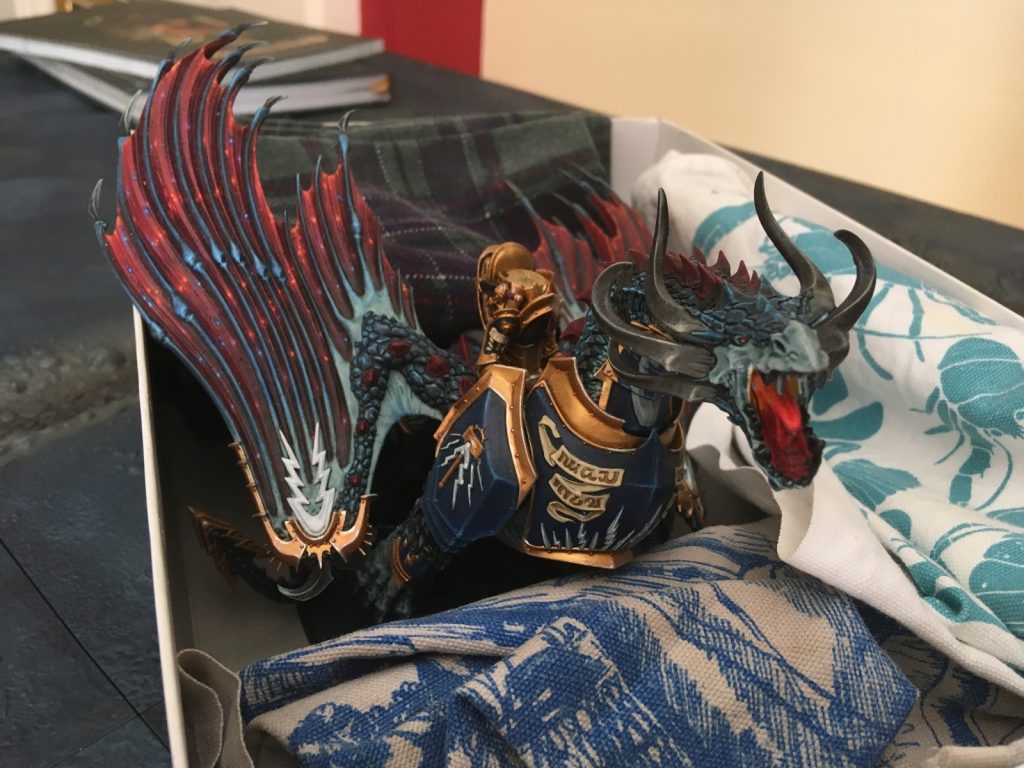 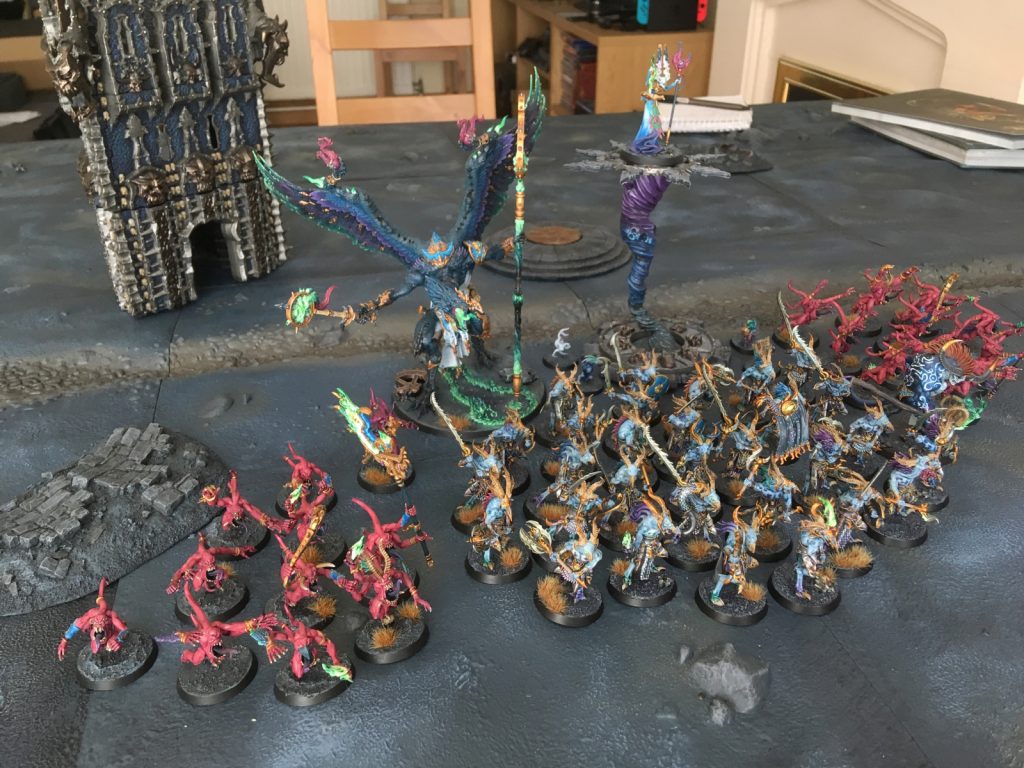 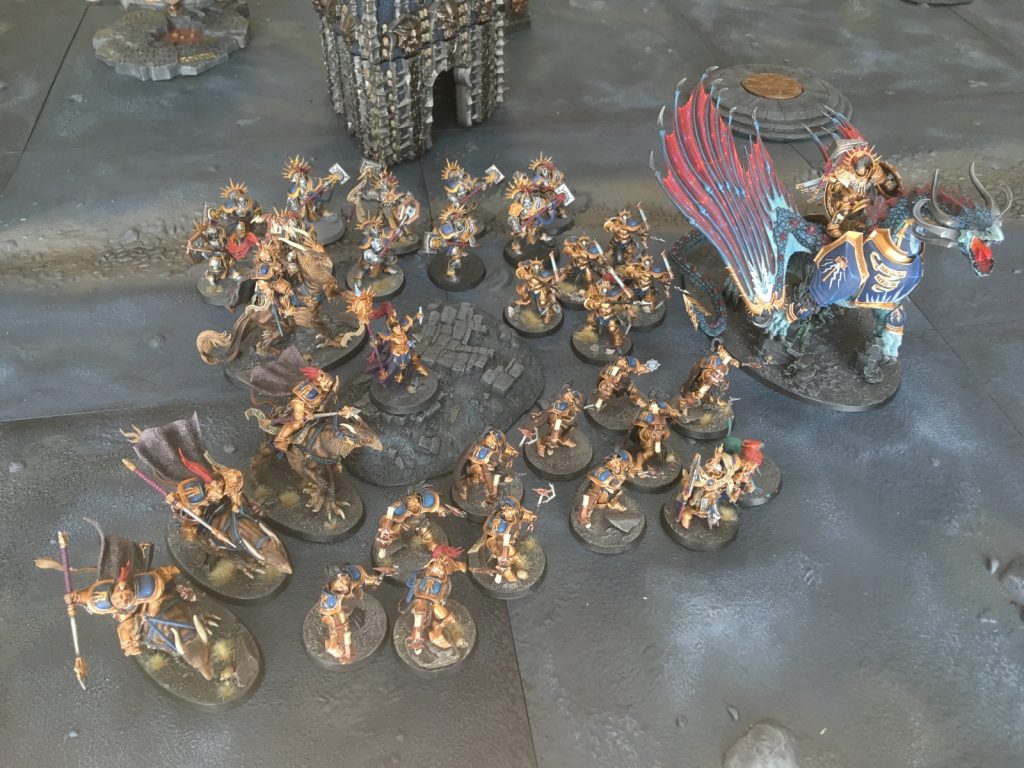 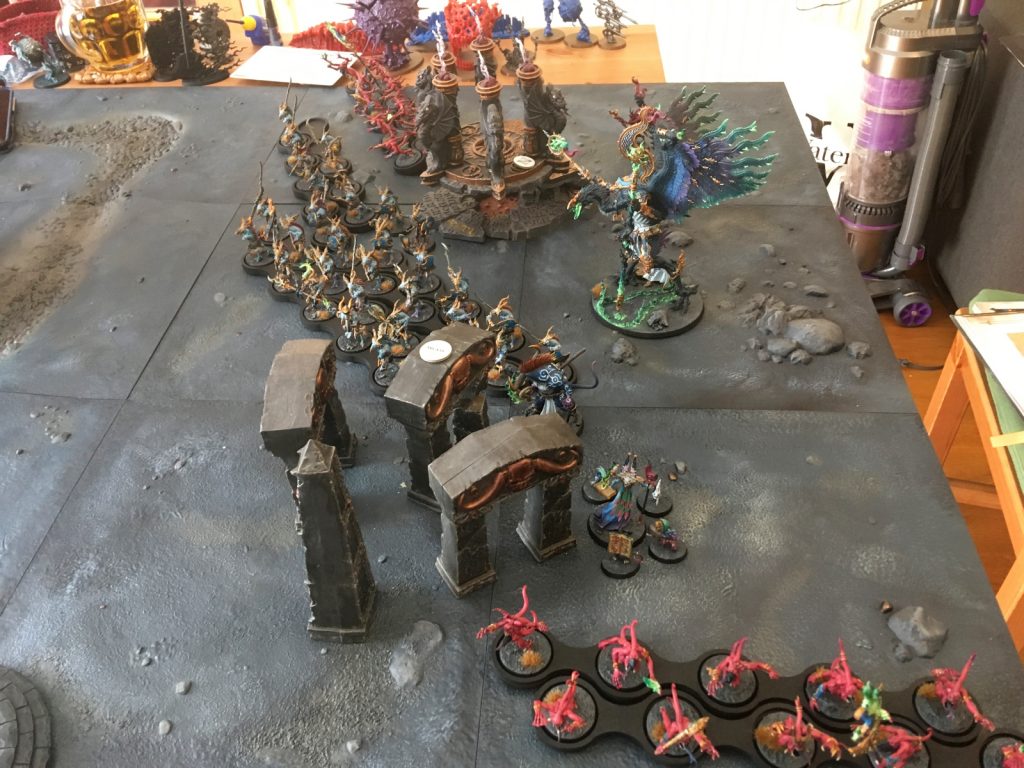 Chris’ deployment at the start of the game. Thirty Tzaangor take up a lot of room! 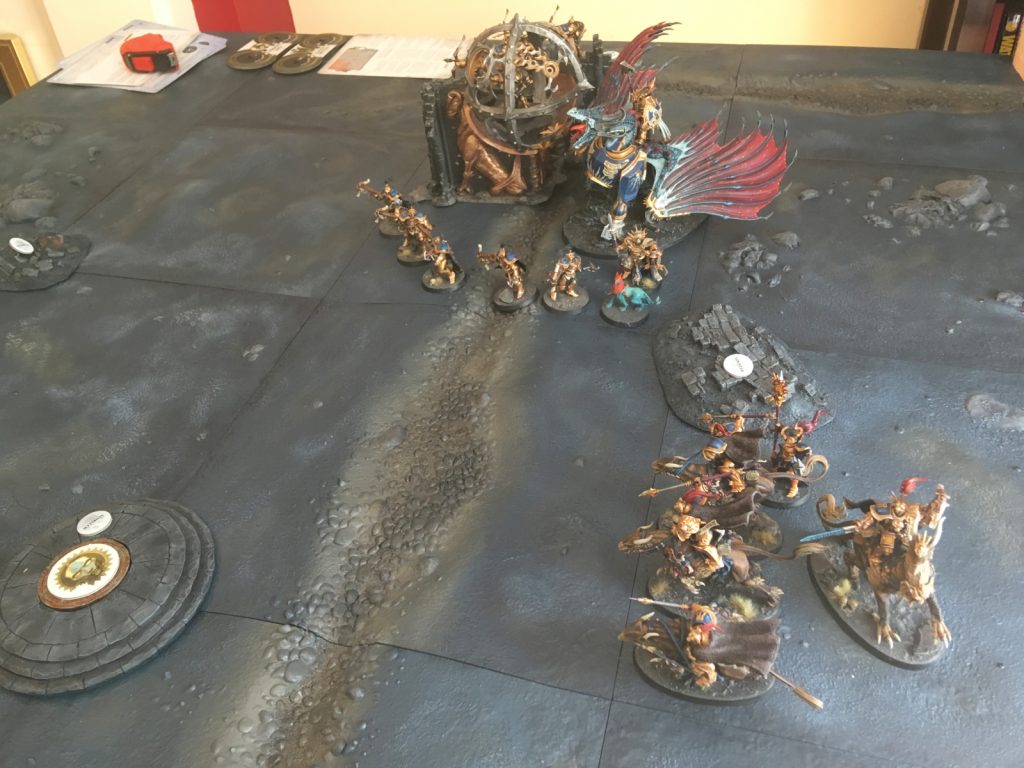 Tom’s deployment. Not pictured: Retributors, who are in space, and another unit of Vanguard-Hunters, who are hiding in the bushes. 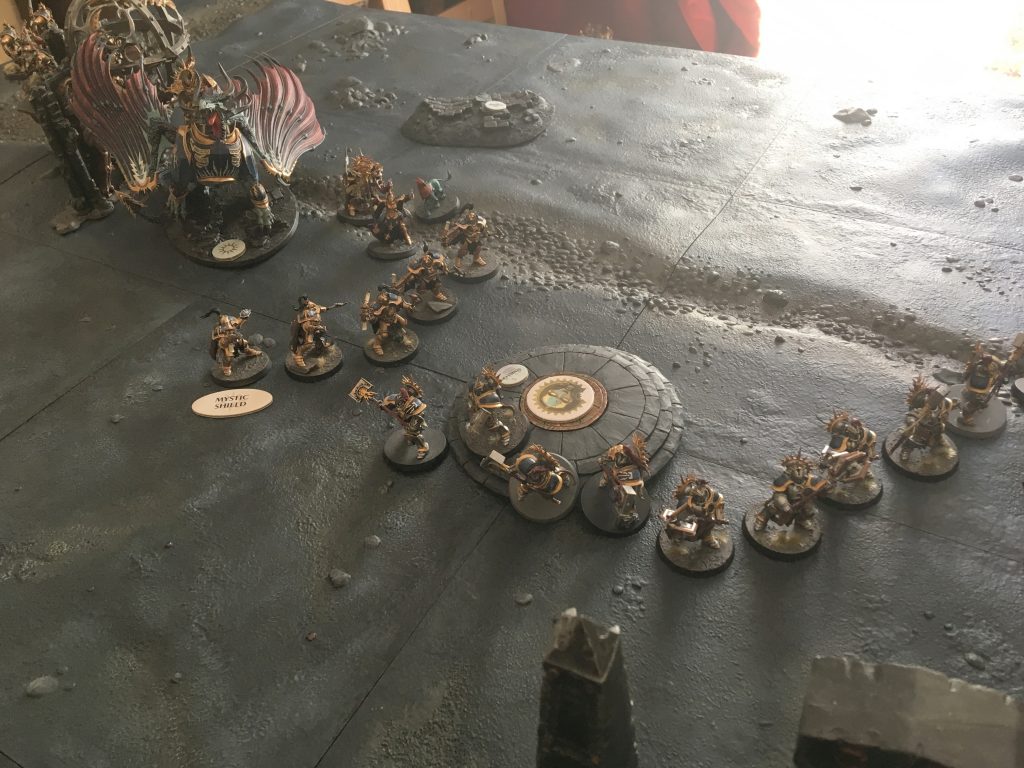 In Tom’s first turn, his Lord-Aquilor and Vanguard-Palladors depart the field as his Retributors descend onto the objective from space. 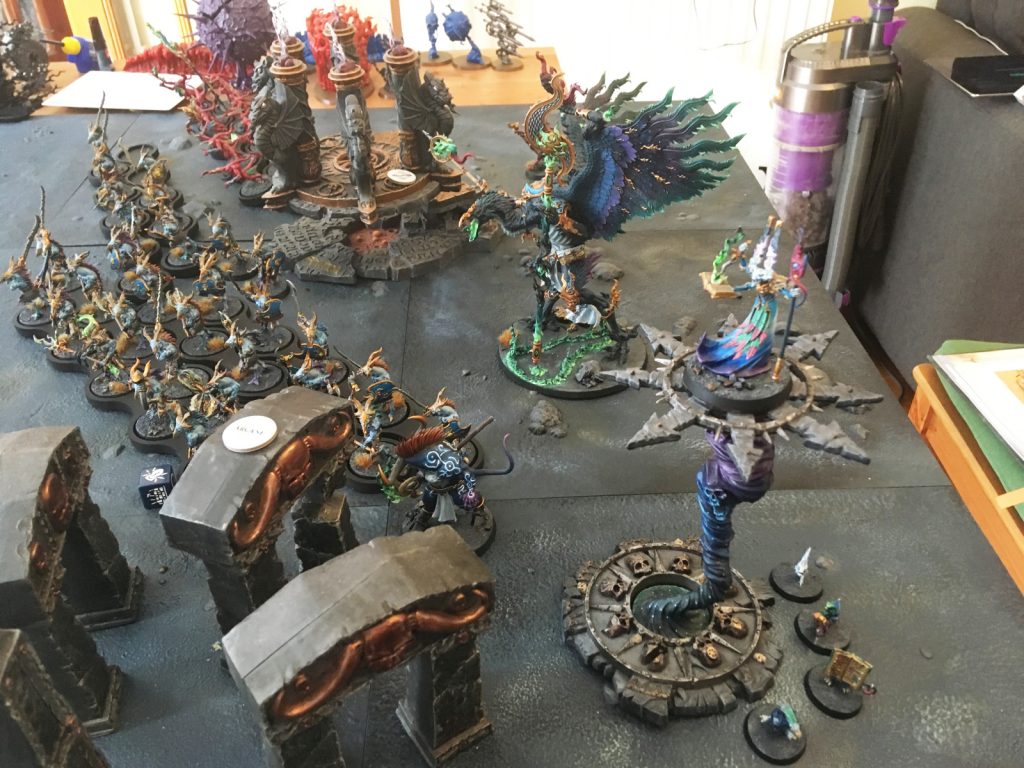 Chris musters a few familiar spells at the beginning of his first turn, but magic rather leaves him cold… 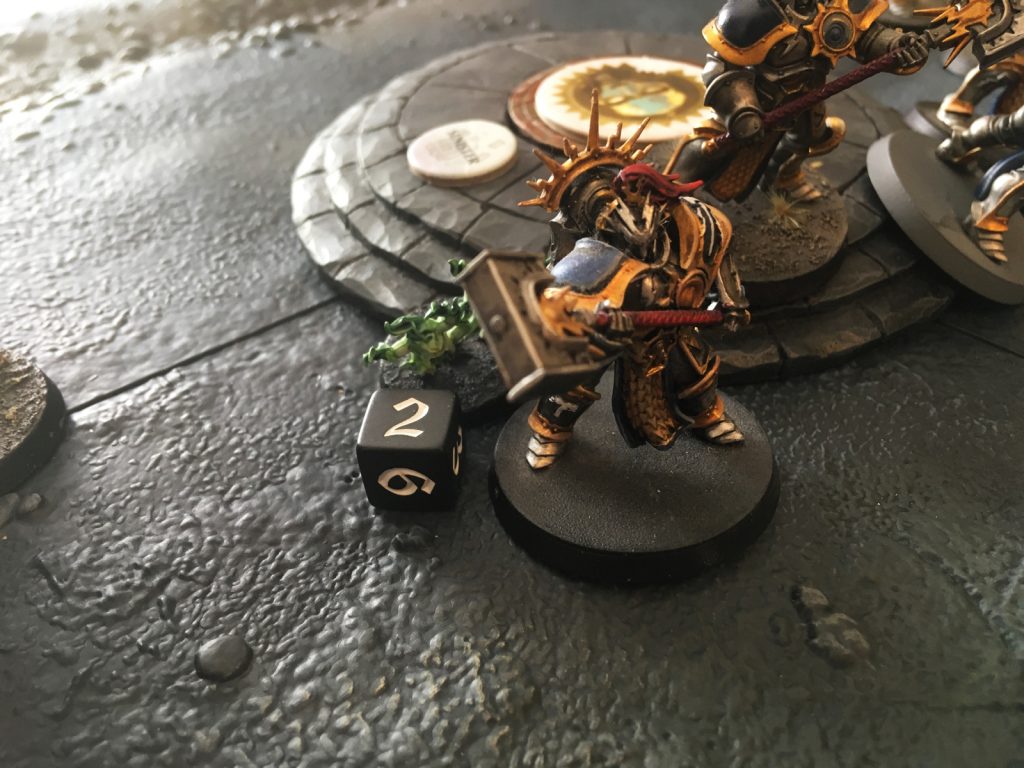 …with the exception of this plucky pair of Brimstone Horrors, summoned by a single mortal wound from the Ogroid Thaumaturge’s Fireblast. Miraculously, they manage to kill the Retributor-Prime in the shooting phase. 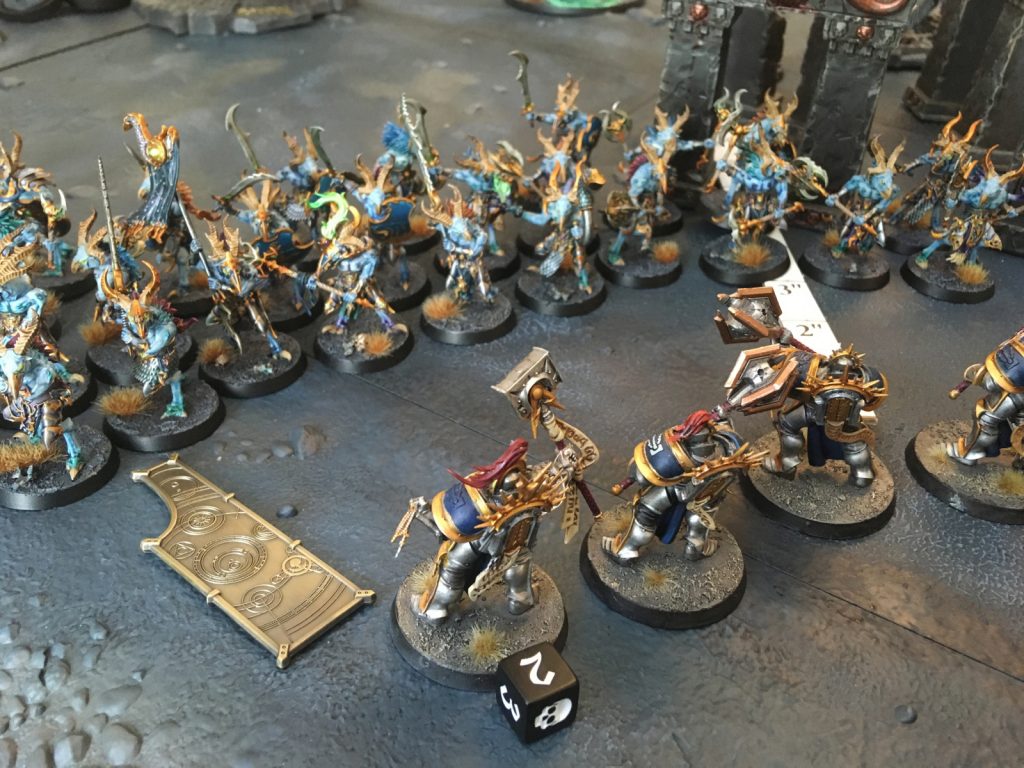 Then, Chris’ Tzaangor easily close the distance and tear the remaining Retributors to pieces in a single round of combat. 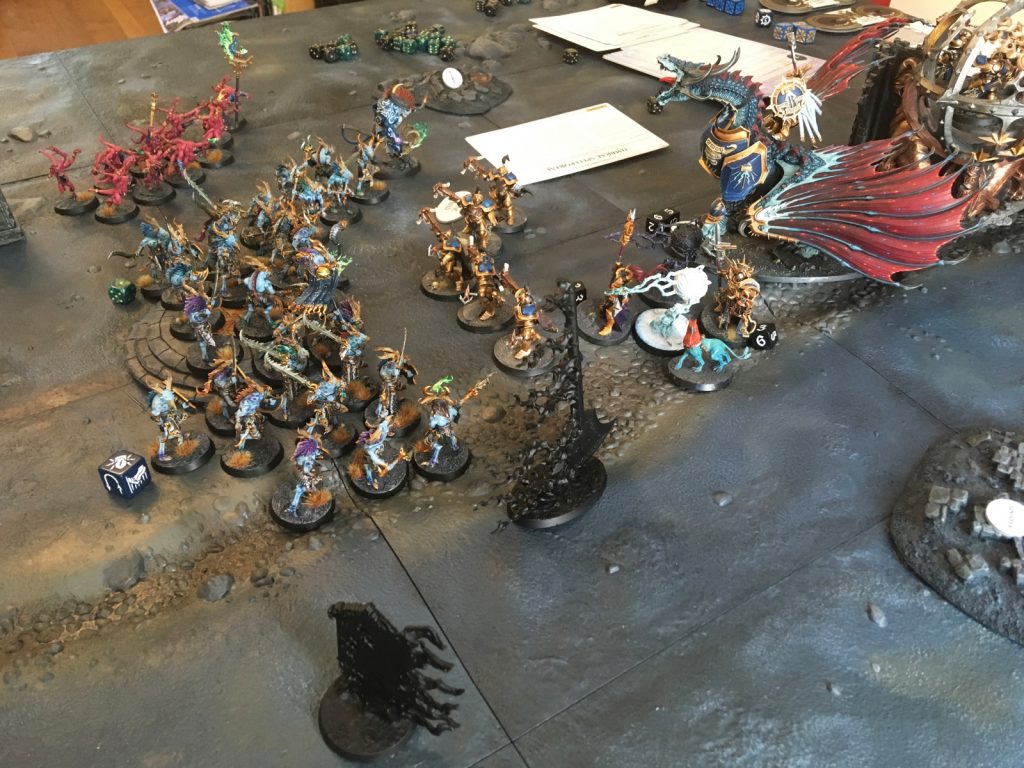 Chris gets a double turn, and uses it to move the Tzaangor up into the Vanguard-Hunters – only the Prime survives. Meanwhile, a run of Endless Spells – the Spellportal, Pendulum and Geminids – begin to cause problems for Tom’s heroes. 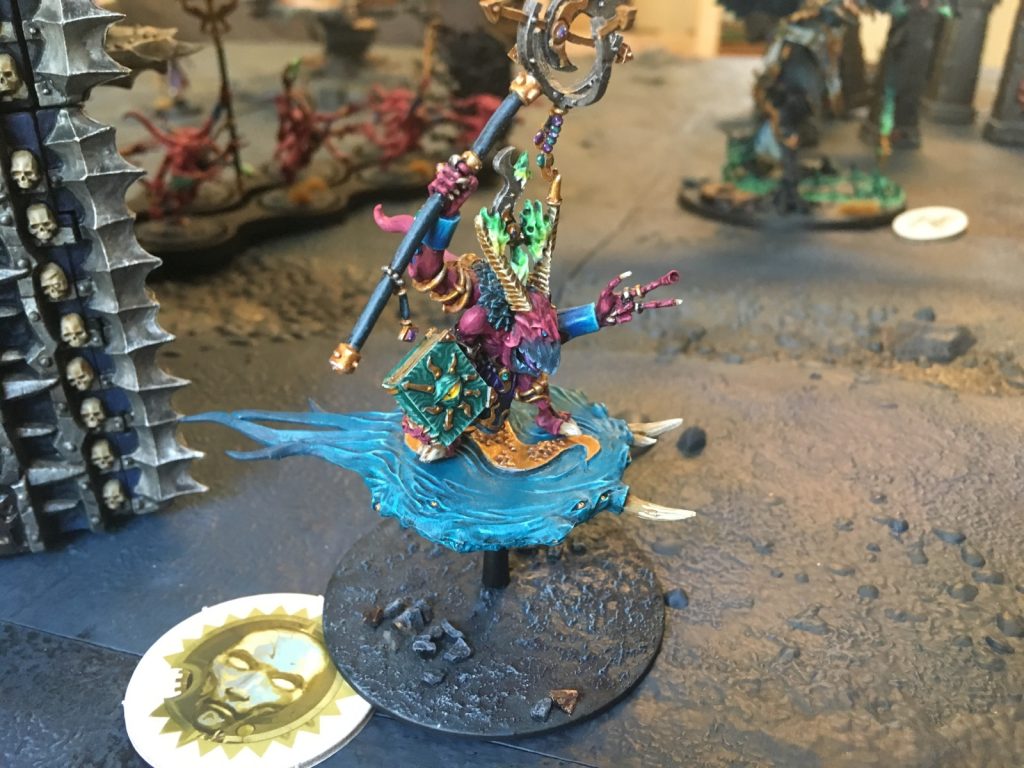 Chris uses all of the Fate points he’s earned so far to fling a fresh Herald of Tzeentch at the objective. 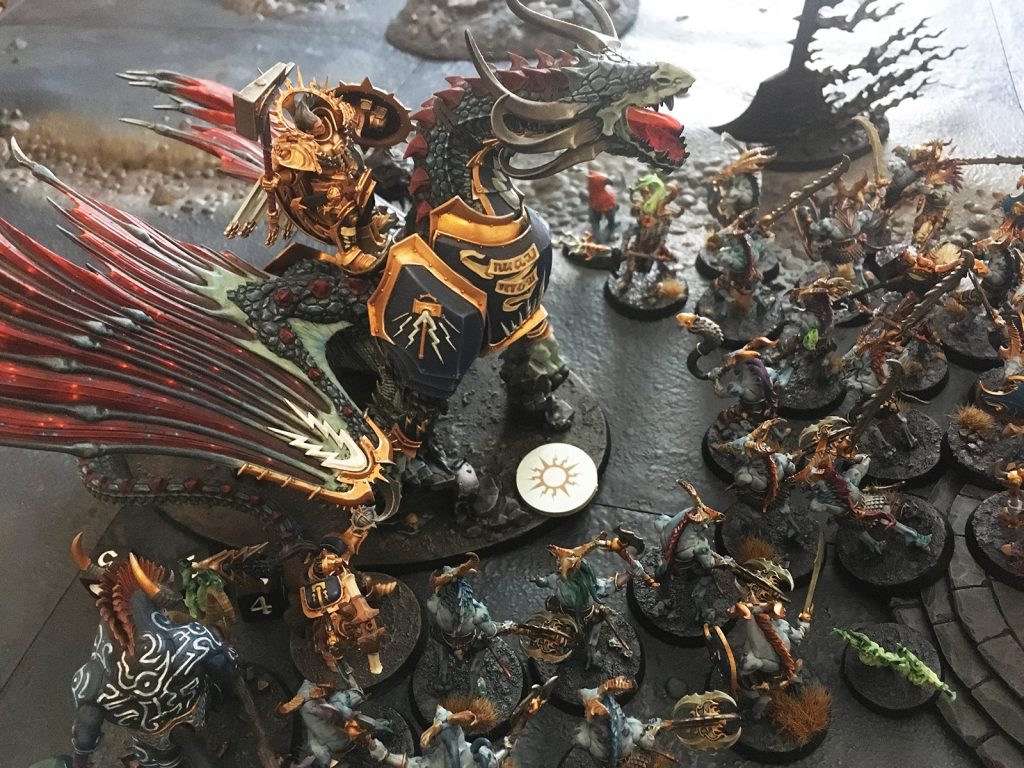 On Tom’s second turn, the Stardrike charges the Tzaangor and proves utterly resistant to their attacks while slowly wearing down the mob. The Judicators begin chipping away at the Ogroid Thaumaturge, too. 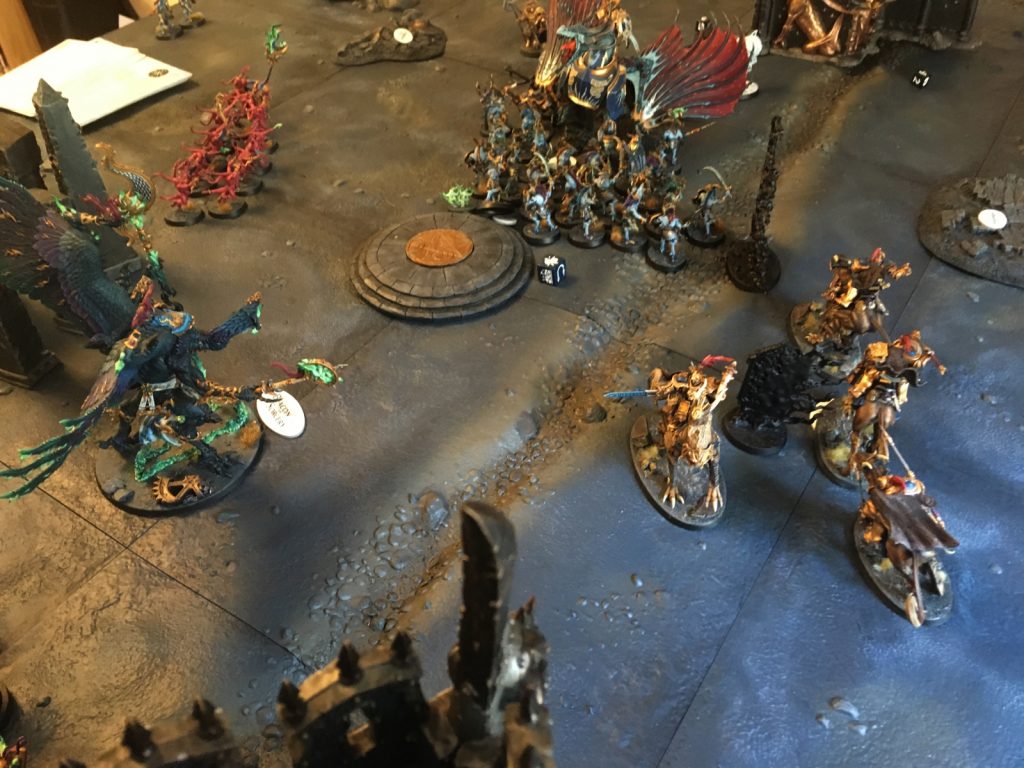 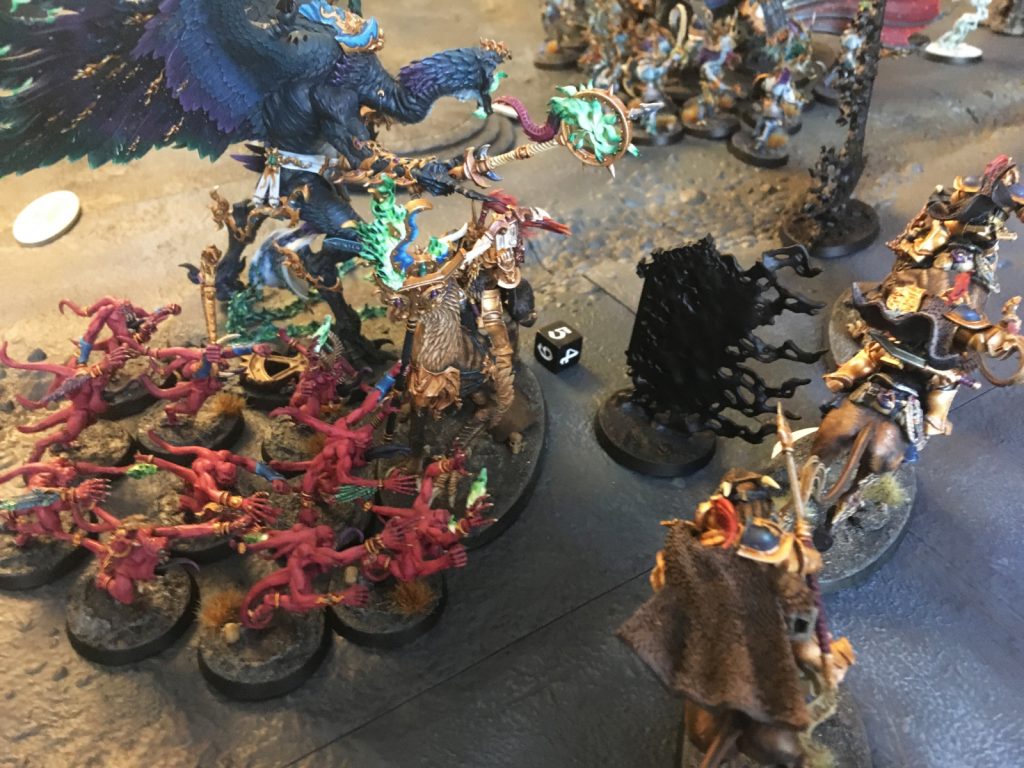 On Chris’ third turn, the Lord of Change and Pink Horrors charge the Vanguard hero and do some damage, but many Pink Horrors are slain. Even so, Chris captures the objective. The objective then flies directly into Tom’s Stardrake, but another double turn for Chris – followed by some incredible spellcasting from the Lord of Change – brings an end to the Stardrake and shuts Tom out of the game.

Thanks for listening, everybody. Miniatures Monthly will return in the next few weeks!