Miniatures Monthly 020: The Doom Diver And The Ultimate Honk

An Miniatures posted by Chris Thursten on December 21, 2018

Loads of pictures this week – enjoy! Many thanks to everybody who attended Miniatures Monthly Live and sent their pictures in. We’ll definitely look to do it all again in 2019! 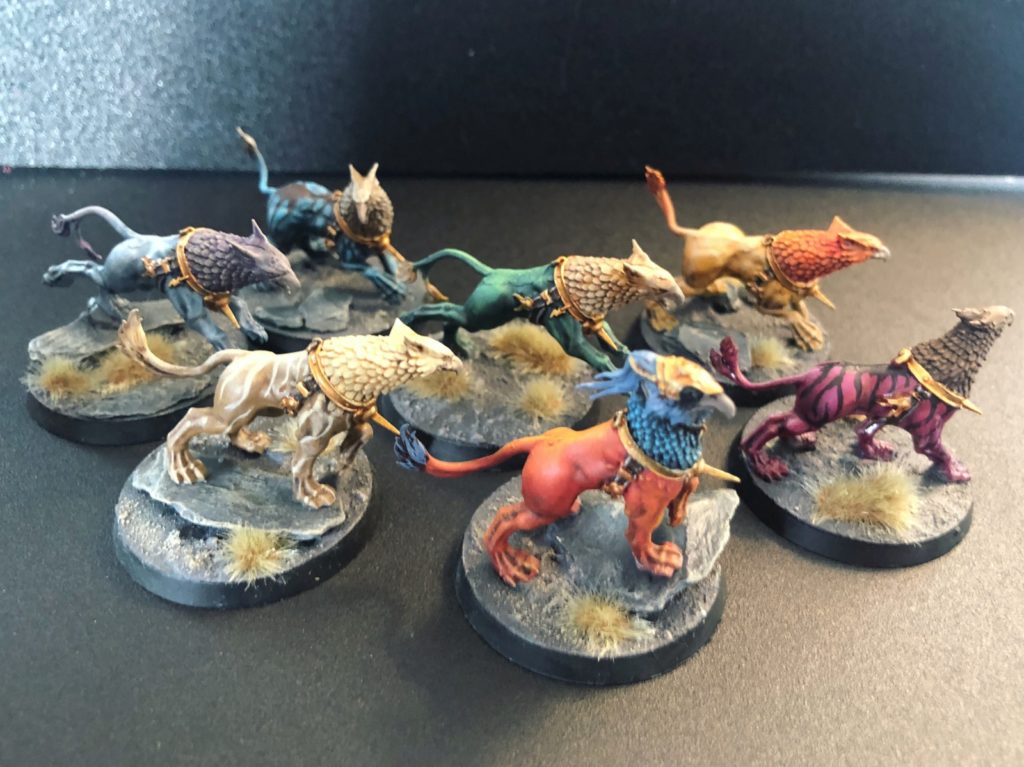 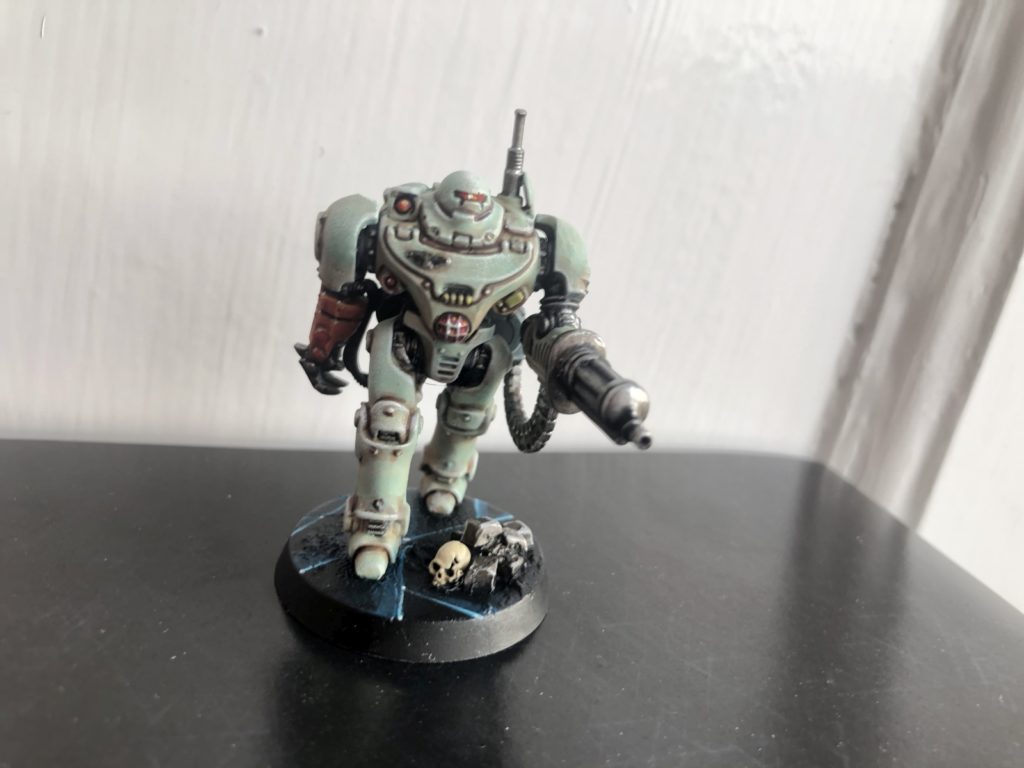 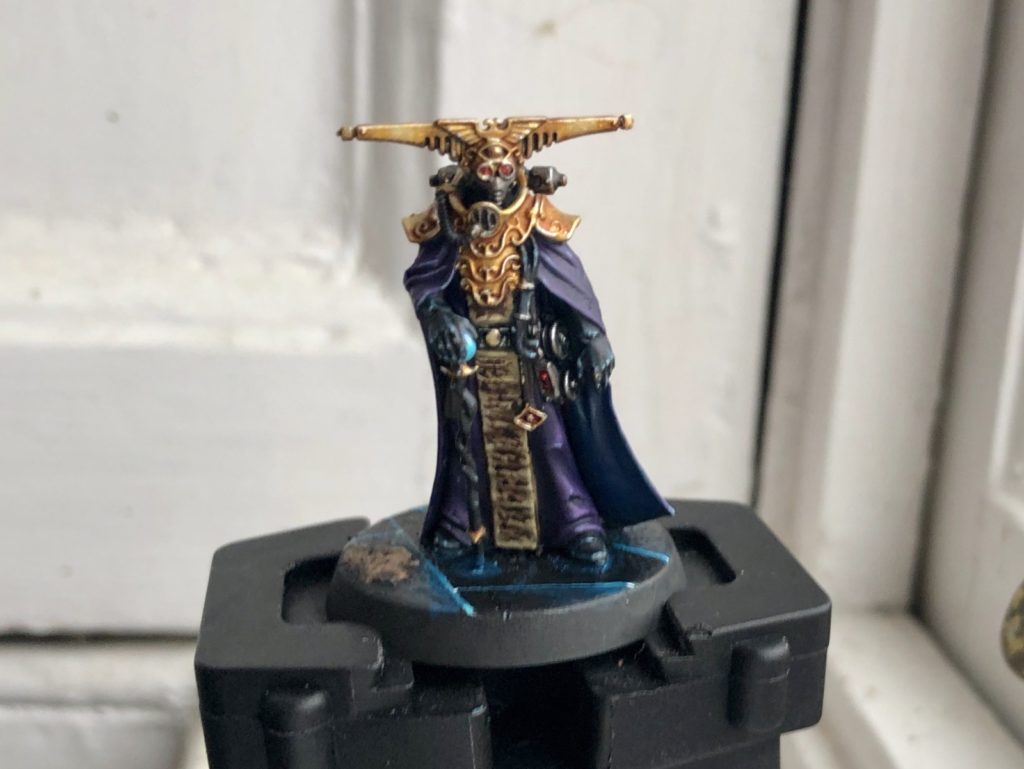 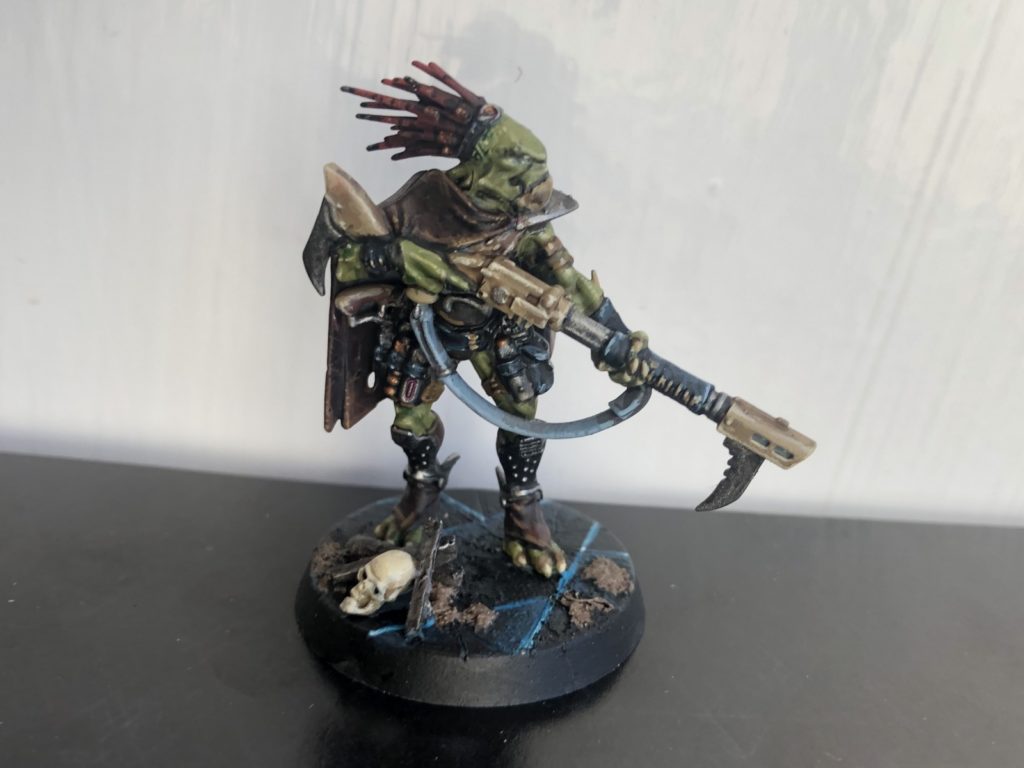 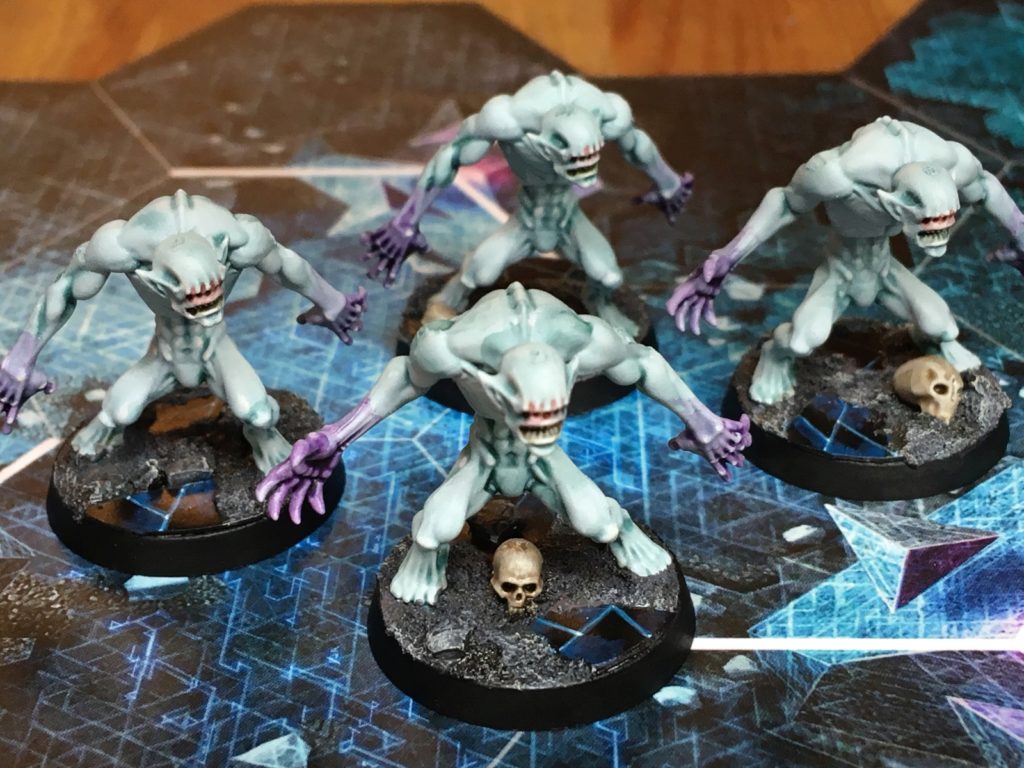 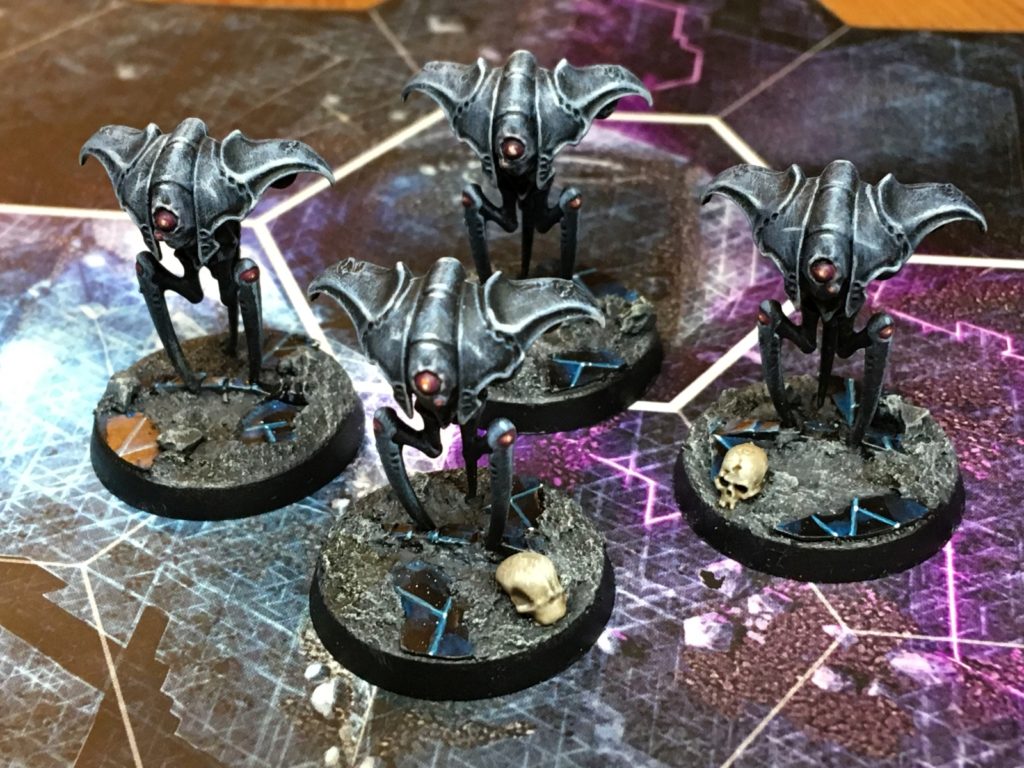 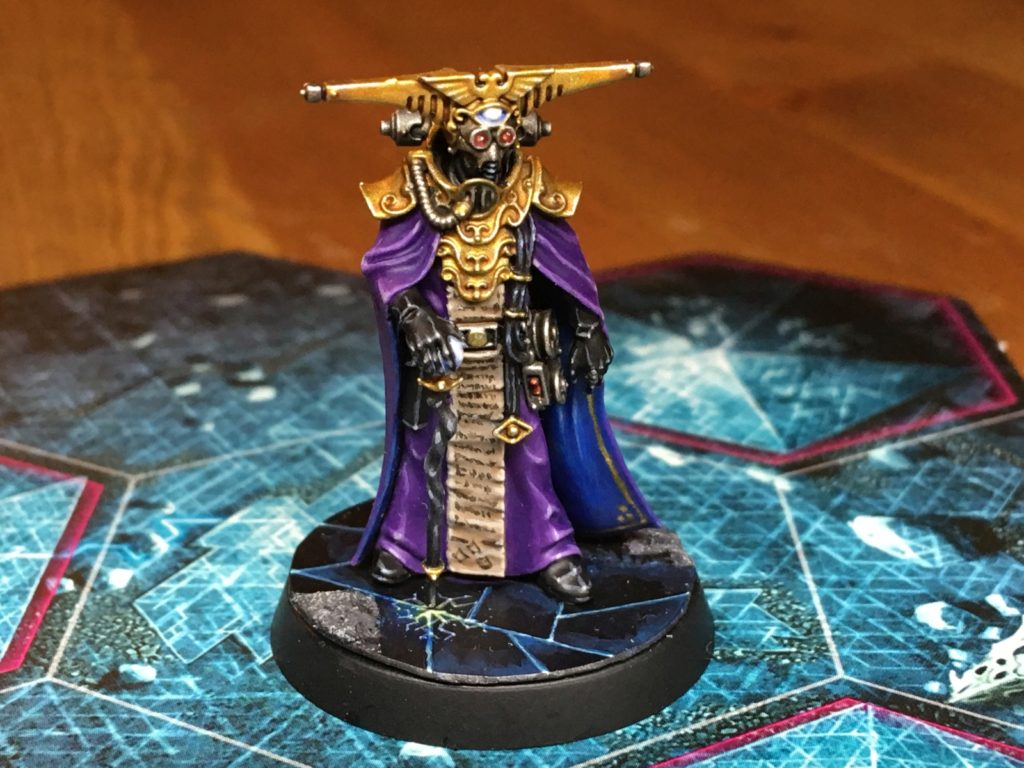 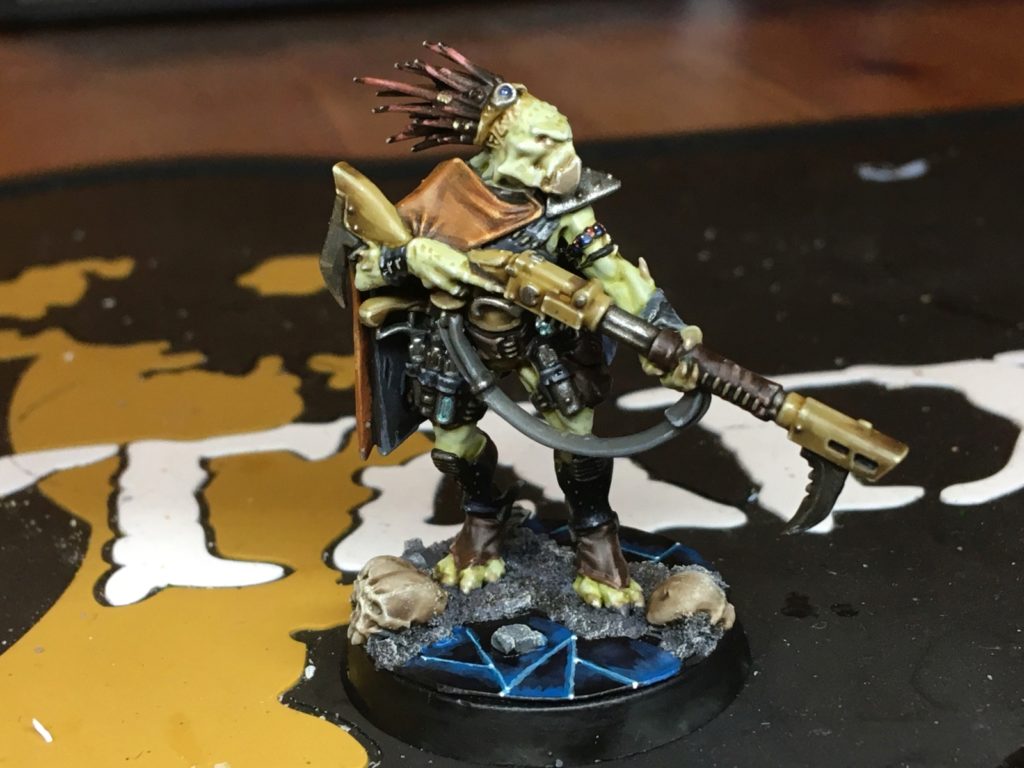 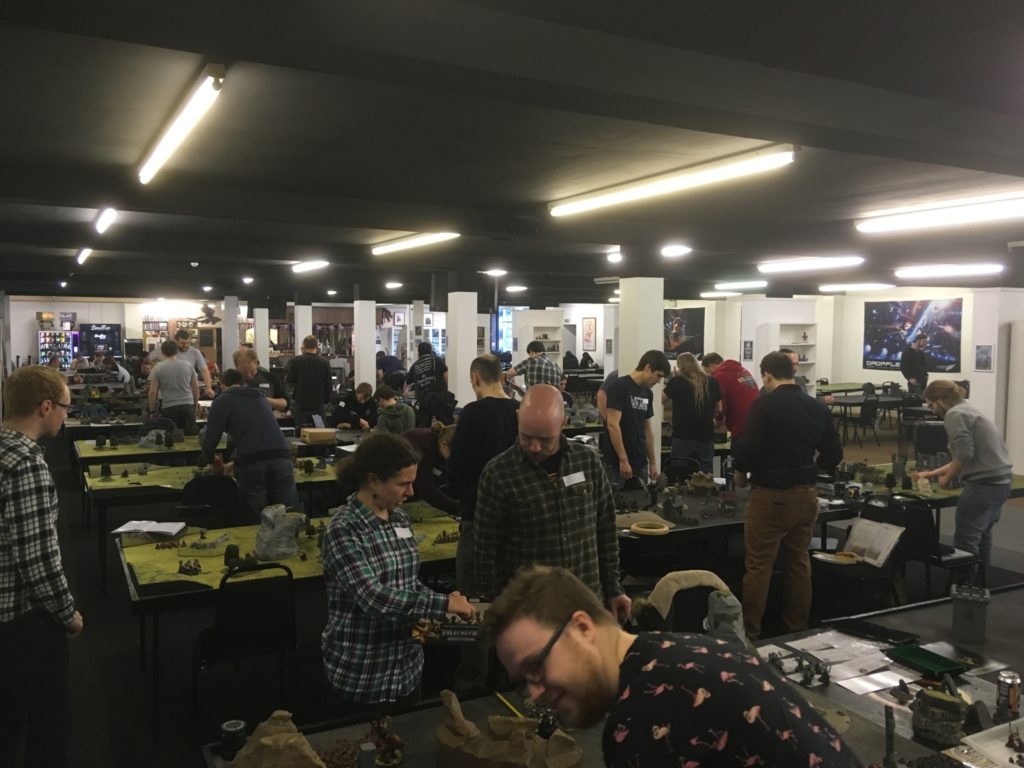 A room full of players embark on one massive Age of Sigmar narrative game at Miniatures Monthly Live! This’ll take some explaining, so look to the podcast for more information. 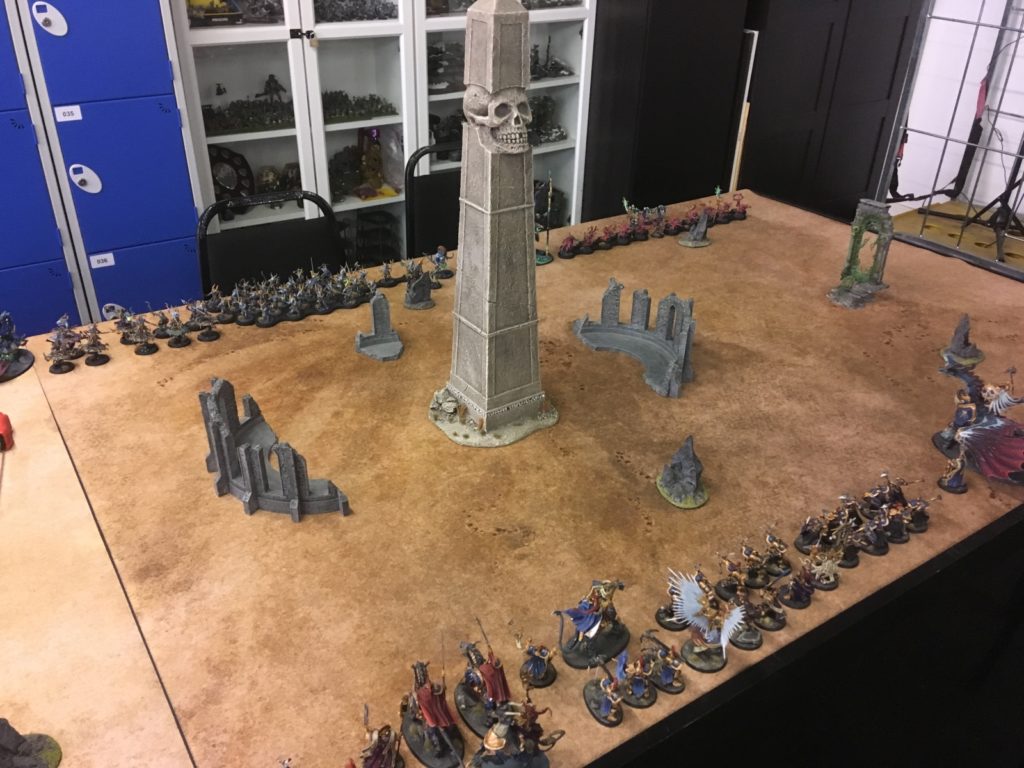 Forces are arrayed at the start of our massive narrative game in Cardiff – over 8000 points in total. The following shots will give you a flavour of the events as they unfolded, but you’ll need to listen to the pod for the whole story. 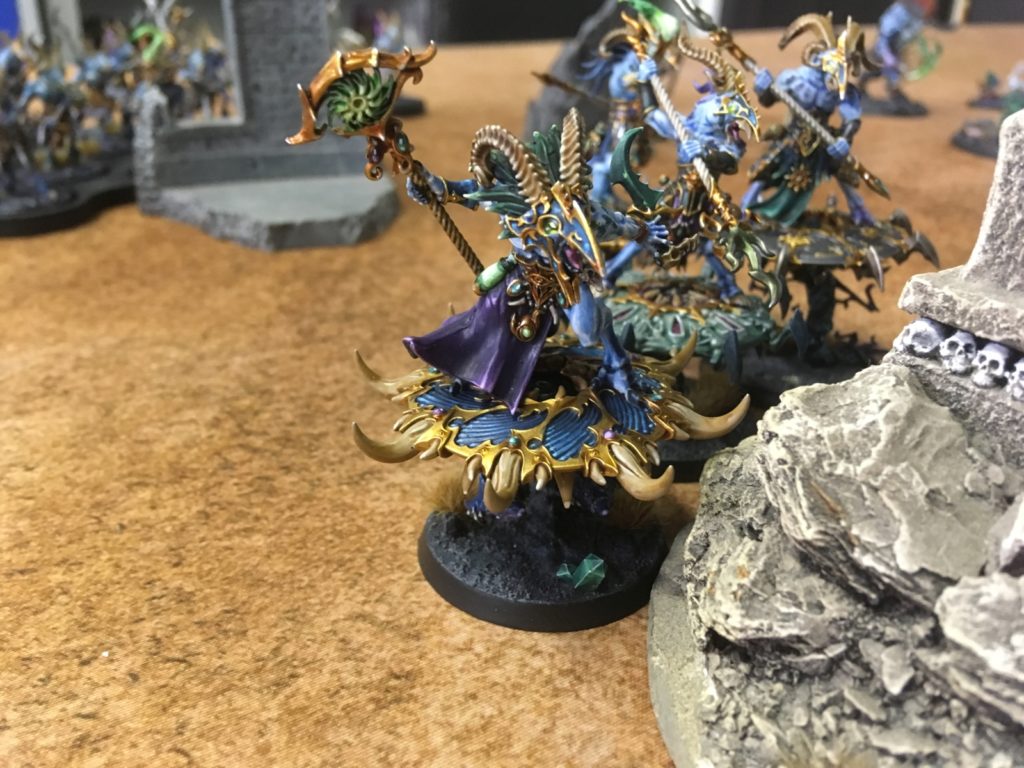 Chris’ Tzaangor Shaman is the first hero to reach the Spire, but then he gets shot in the head. Two or three times. 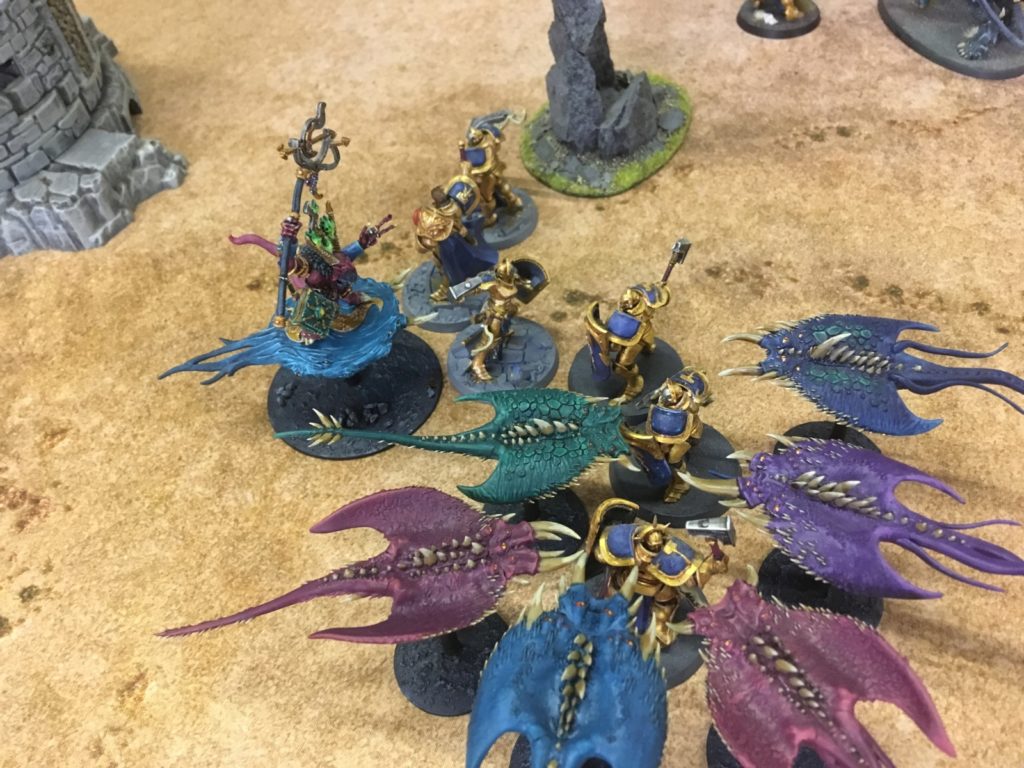 Chris’ Herald and Screamers pile into Tom’s left flank, dealing decent damage and forcing a response from Tantrus – but we’ll get to that. 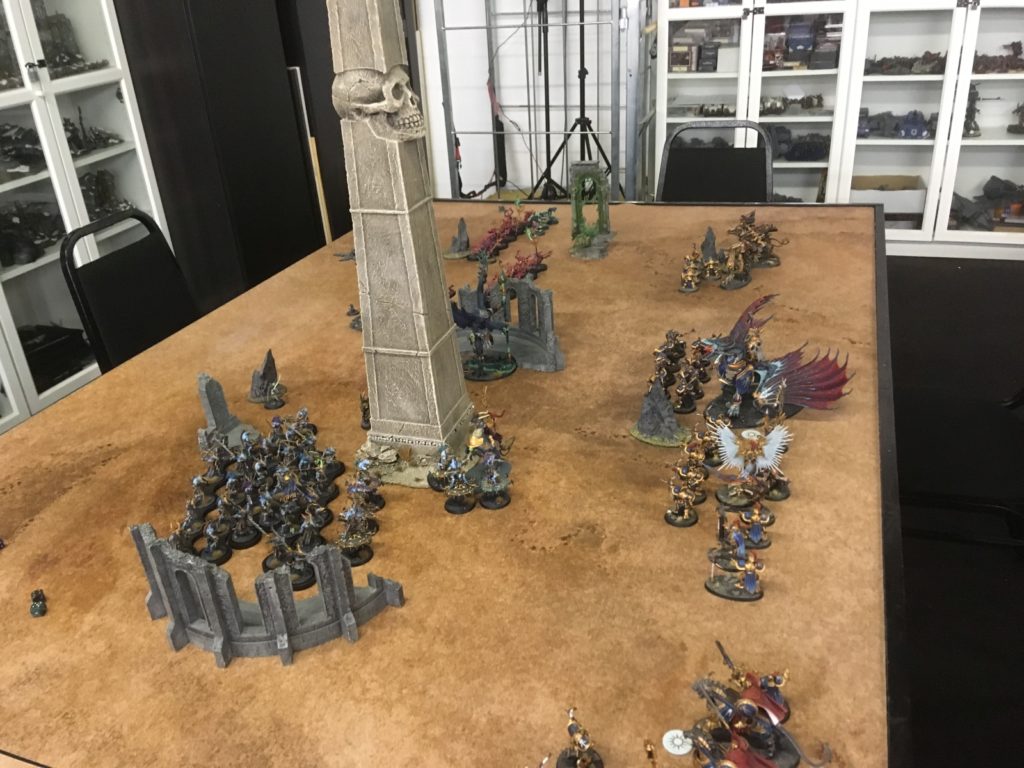 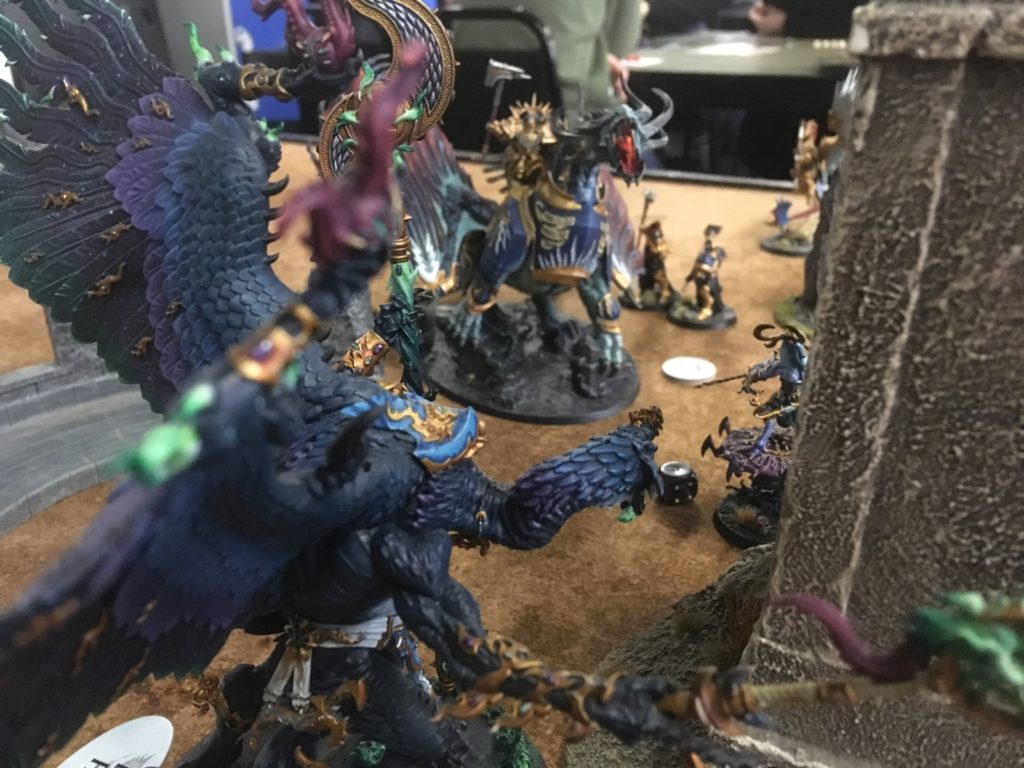 With heroes incapacitated on both sides, the Stardrake and Lord of change gather around the Clarion Spire for a scream-off. 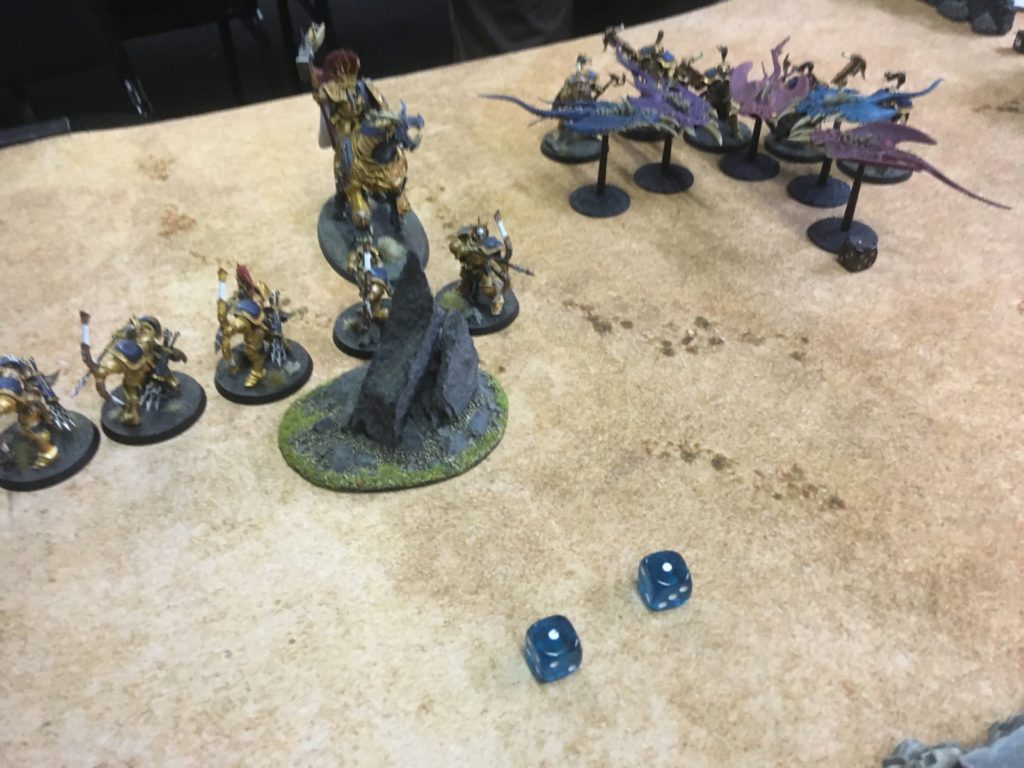 As beleagued Vanguard-Hunters cry out for aid, Tantrus rolls snakeyes on a charge – and re-rolls them into… snakeyes. 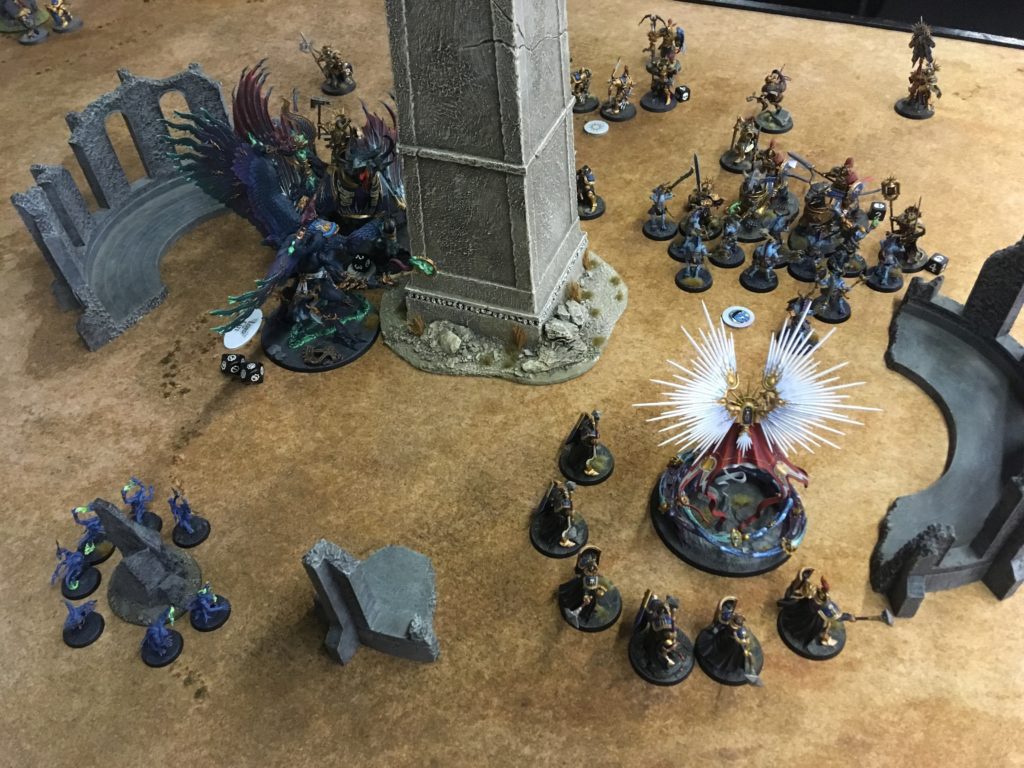 A tense tussle for the Clarion Spire is interrupted by chittering in the depths below: followed by a devastating series of tunnel collapses. 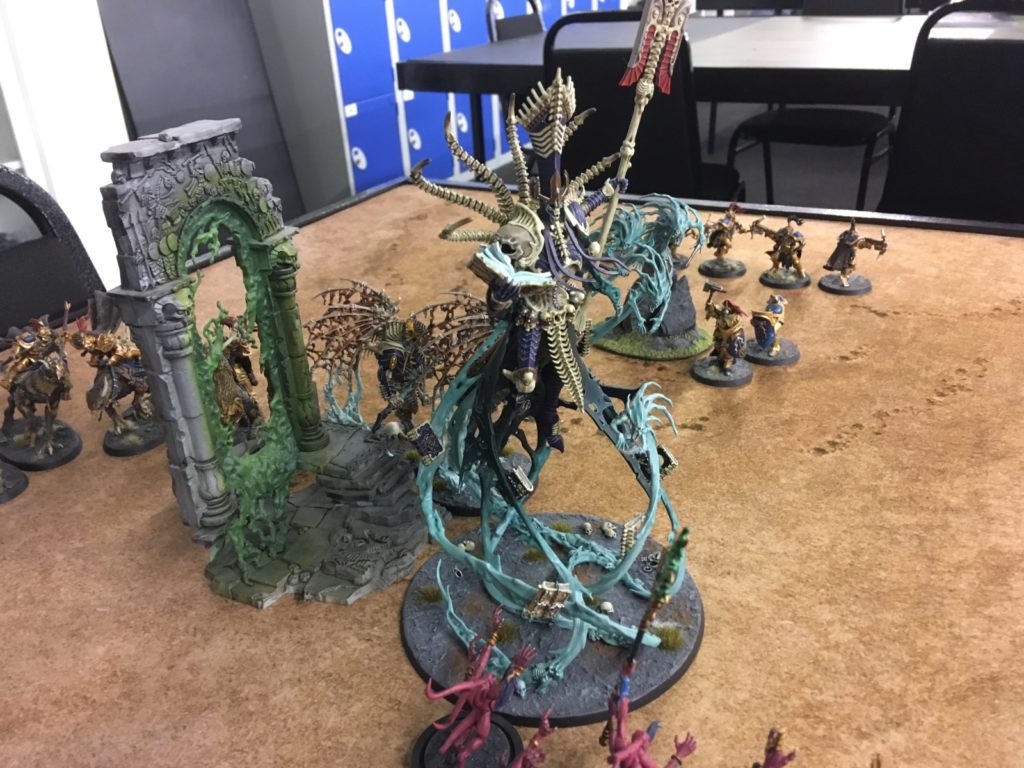 Having battled through Stormcast defenders in Shyish, Nagash arrives: and he’s ready to party! By ‘party’ he means ‘cast eight spells a turn and refuse to die.’ 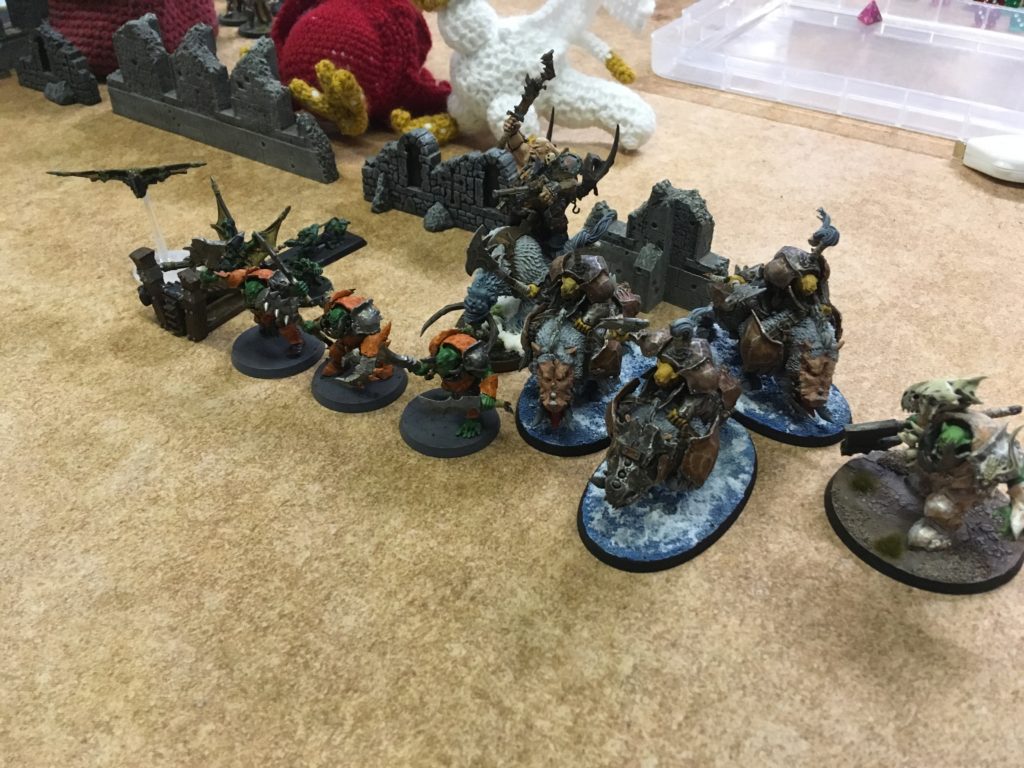 The forces of Destruction arrive on the battle’s flank. Pay particular attention to that doom diver: the fate of the entire battle rests upon it! 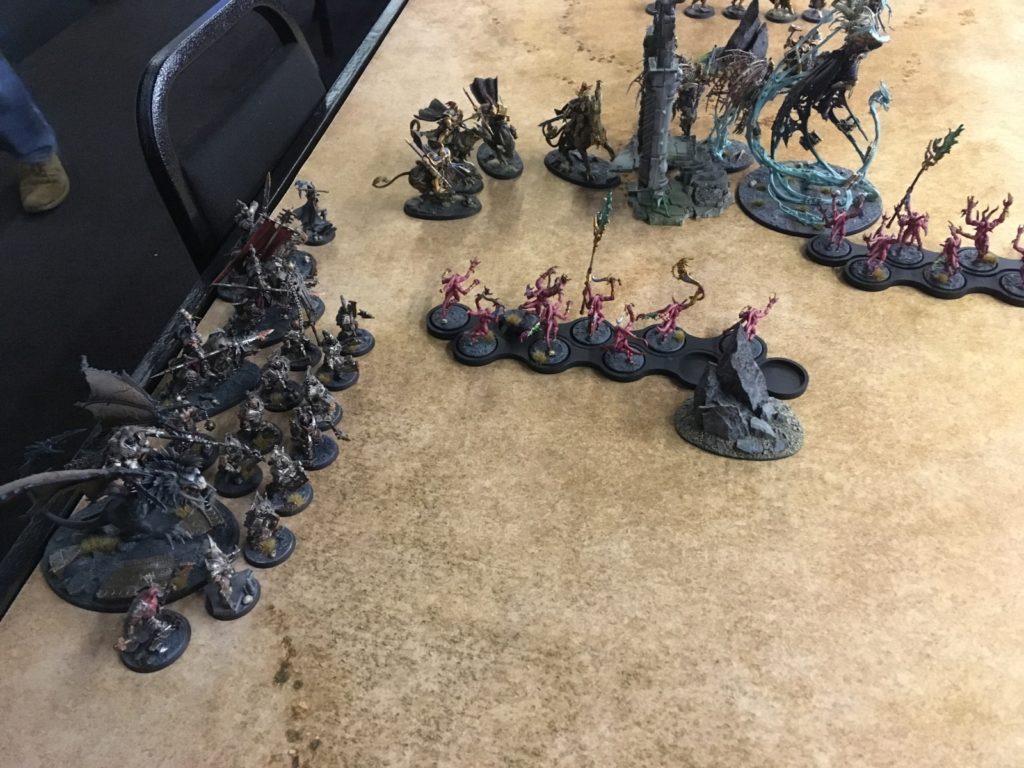 Chris’ auxiliaries pile on from the left flank. Combined with Tom’s fast-moving Palladors, they bog down Nagash for long enough to deny the God of Death his prize. 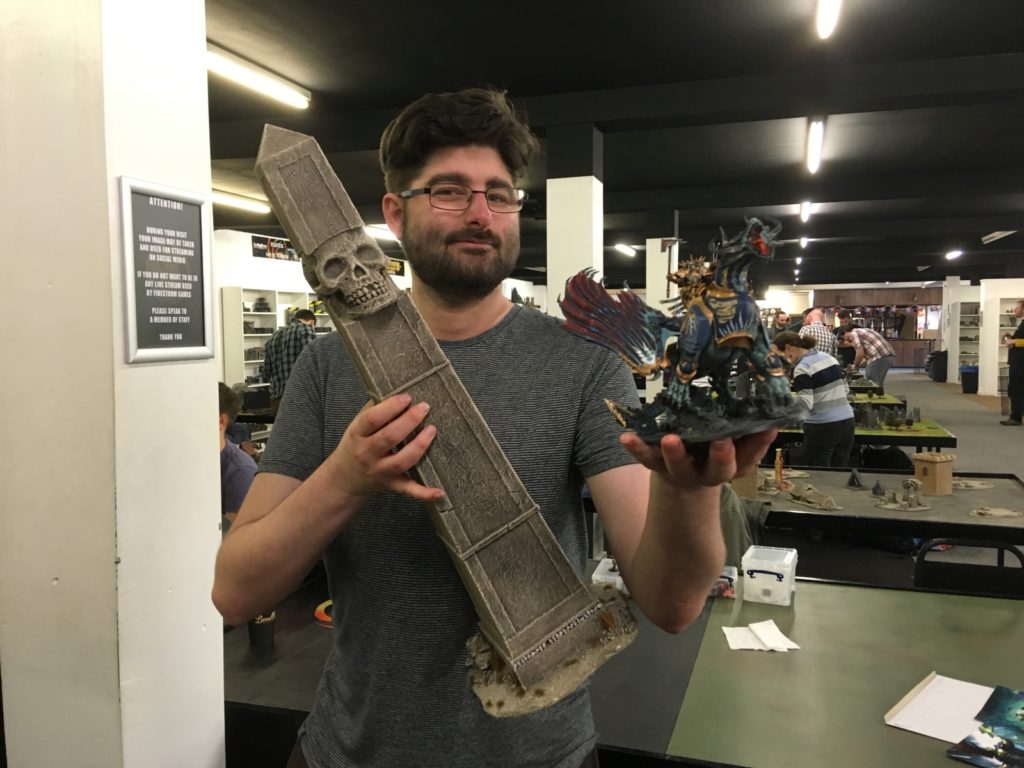 Tom’s Stardrake ascends to the heavens in the hands of its master. Who also takes this opportunity to hoist the Clarion Spire itself as a trophy. Season two goes to Tom! 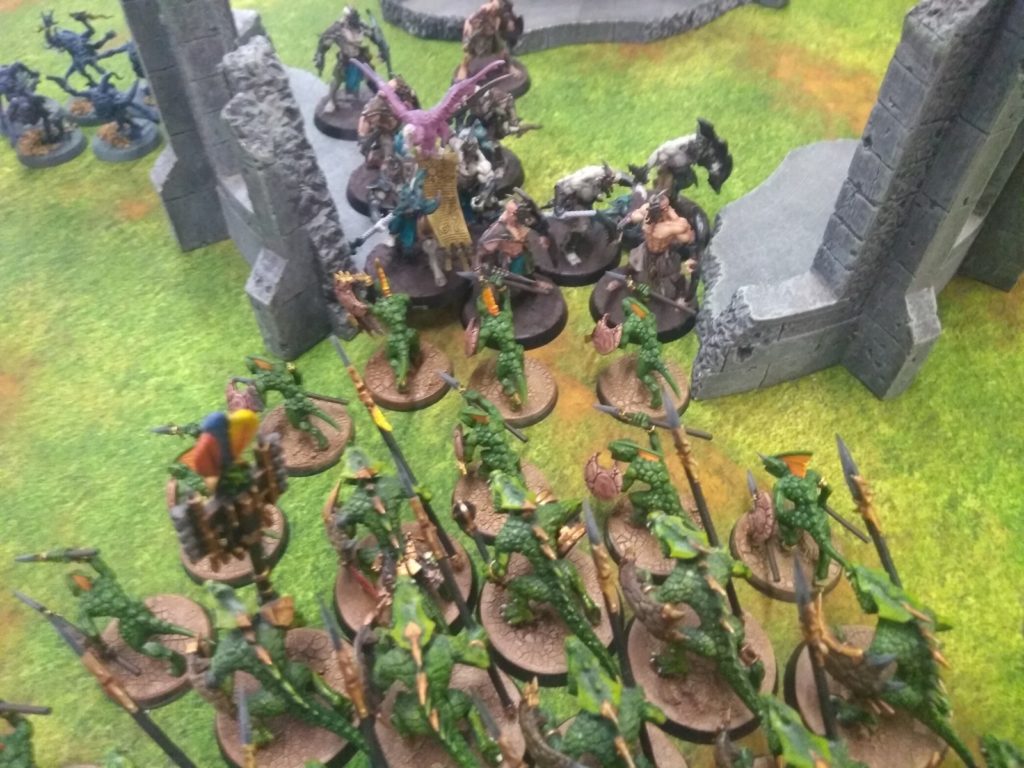 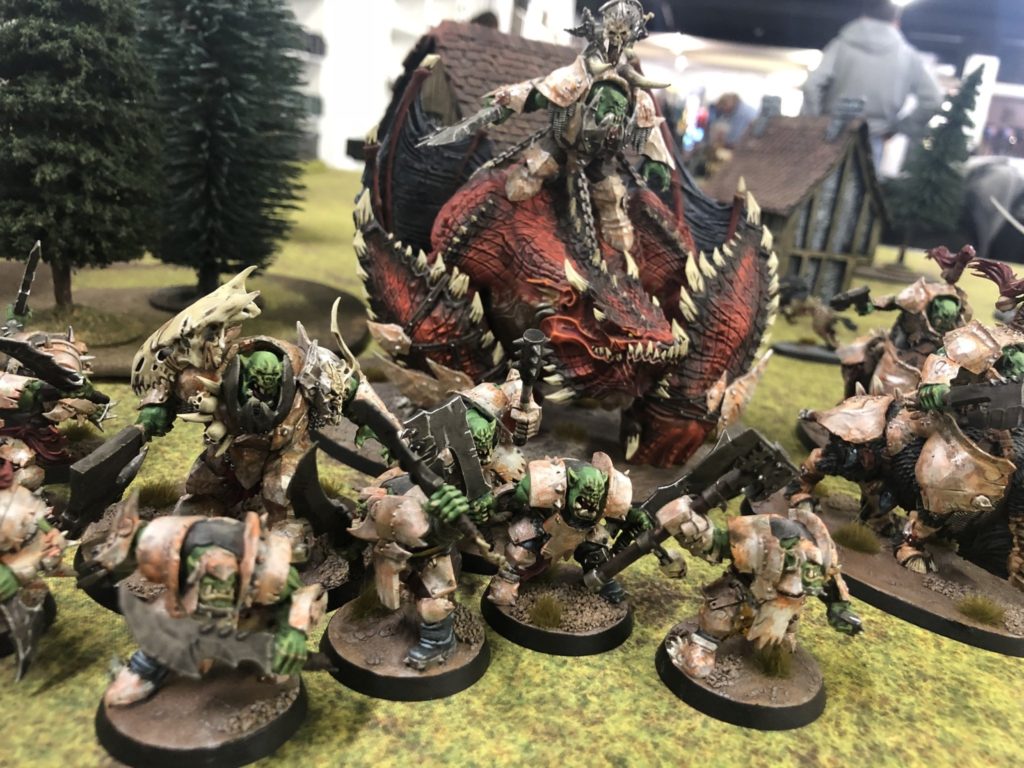 Chimp’s Ironjawz arrayed for an assault on a vital Stormkeep (commanded, in this case, by Tom H.) 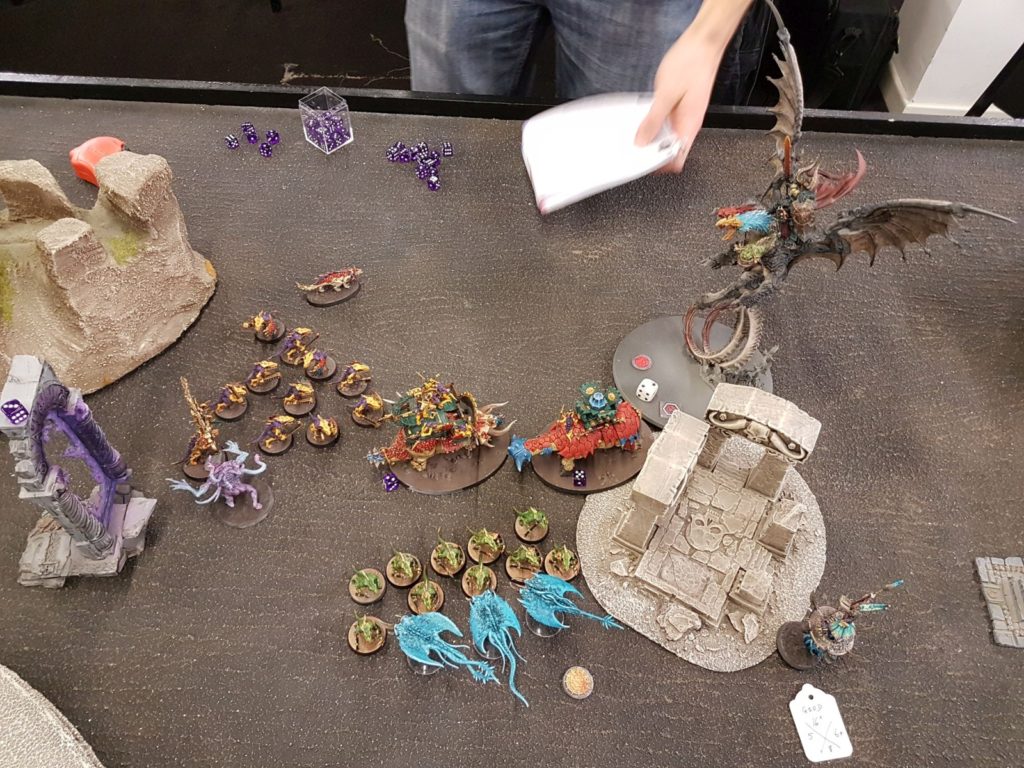 Elsewhere, Drew’s Archaon wrestles Dines’ laser dinosaurs for the fate of fate itself. 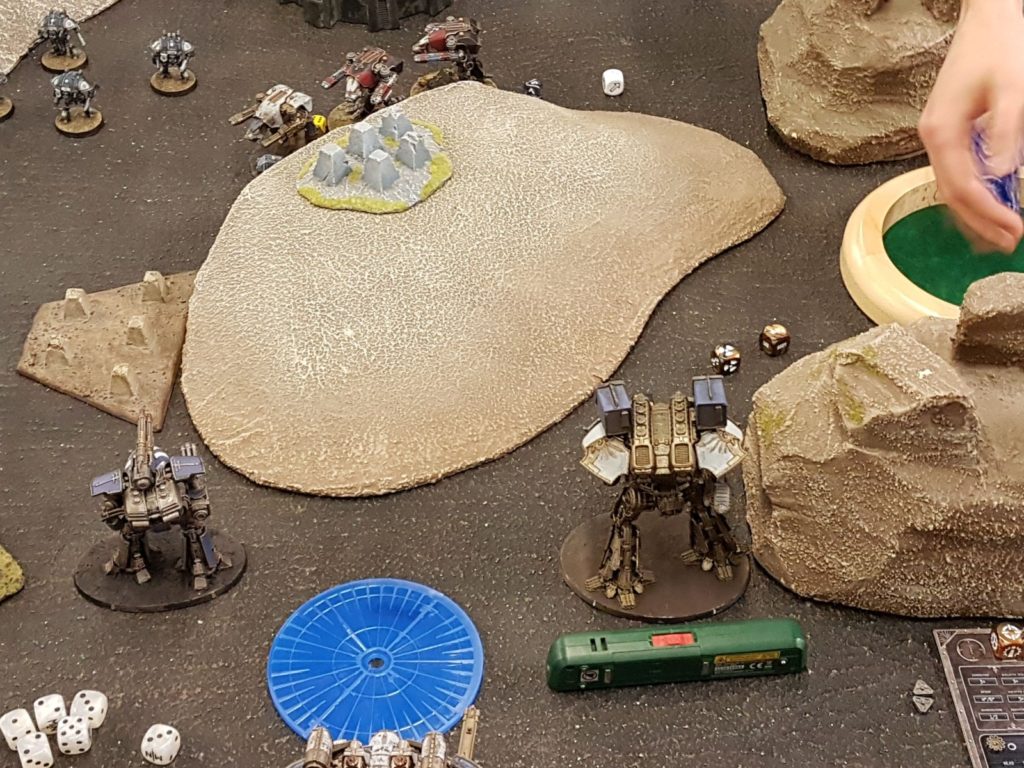 A little glimpse of Adeptus Titanicus at Miniatures Monthly Live.