Miniatures Monthly 023: You Go To Magic Town, You Pay The Price

An Miniatures posted by Chris Thursten on April 30, 2019

Since we recorded this episode, Looncurse has been formally announced. It DOES have a boss on Cave Squig in it, after all!

The 3D printed terrain that Chris has been building comes from Dark Fantastic Mills. 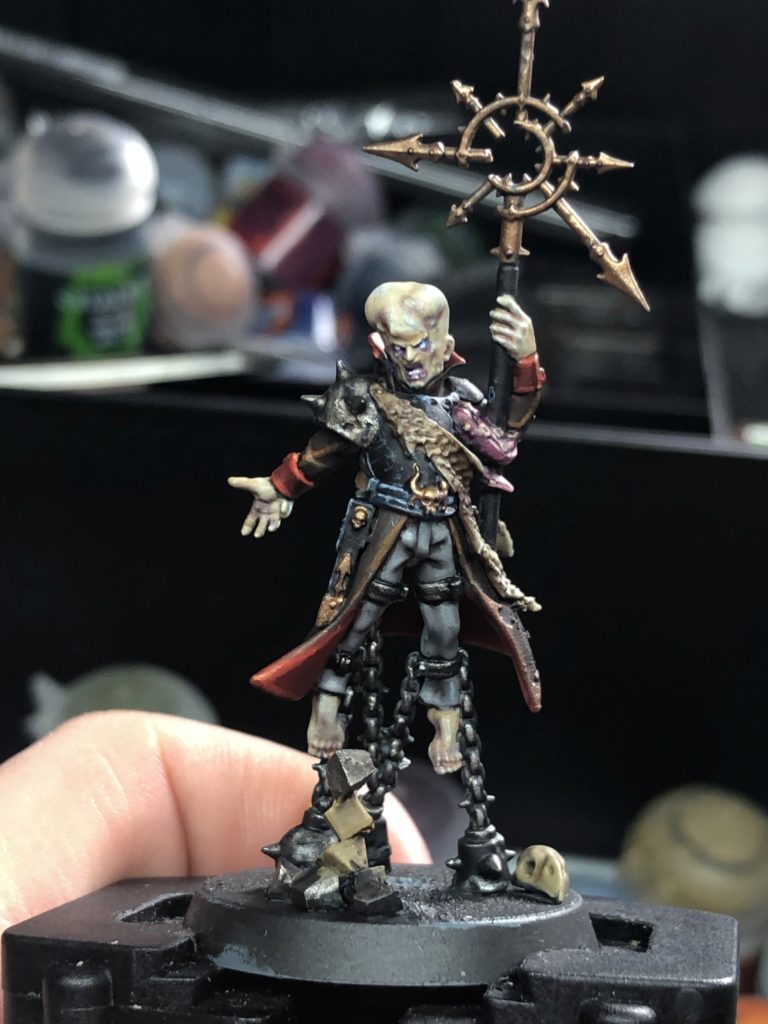 One of Tom’s Blackstone Fortress psykers. 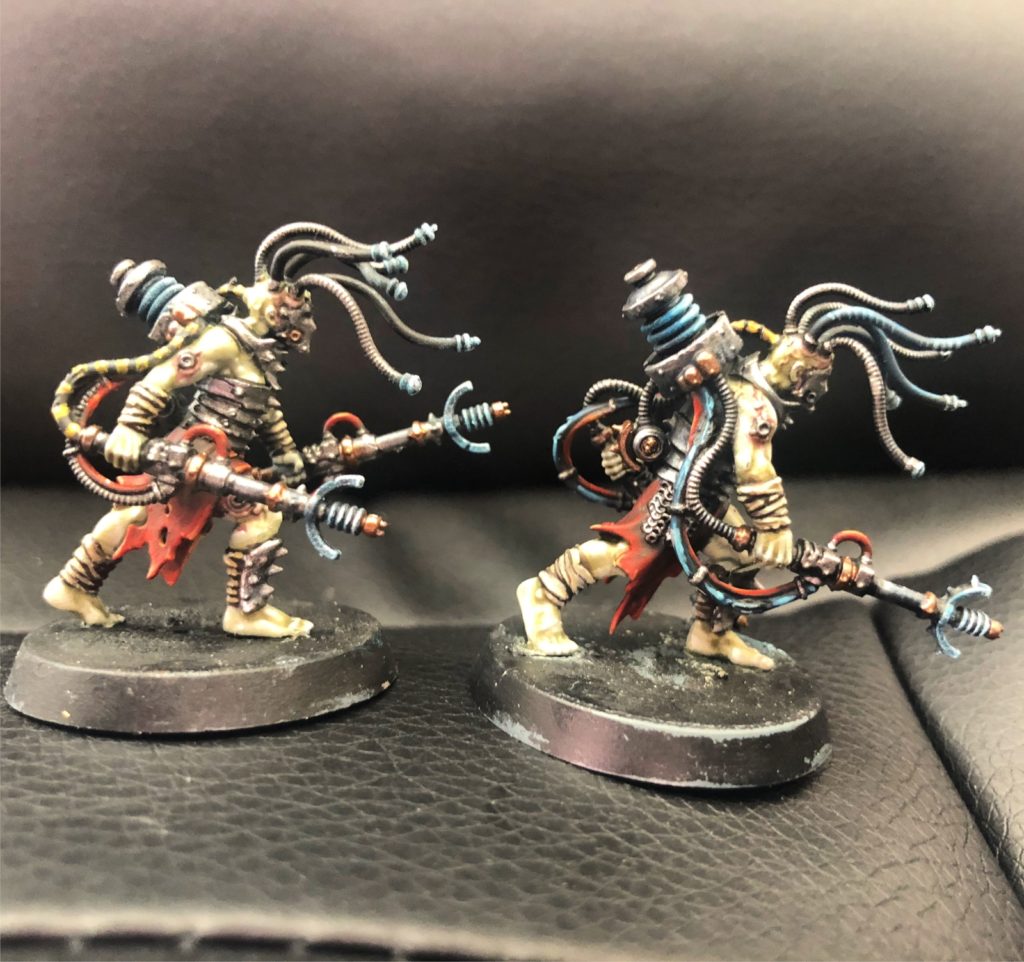 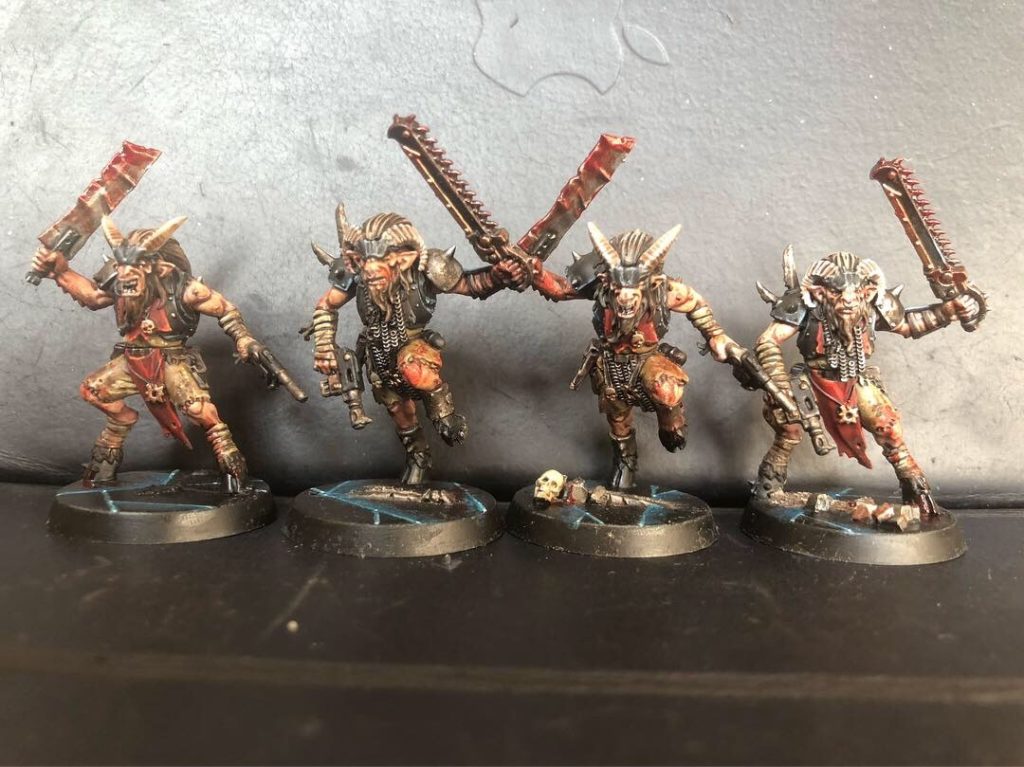 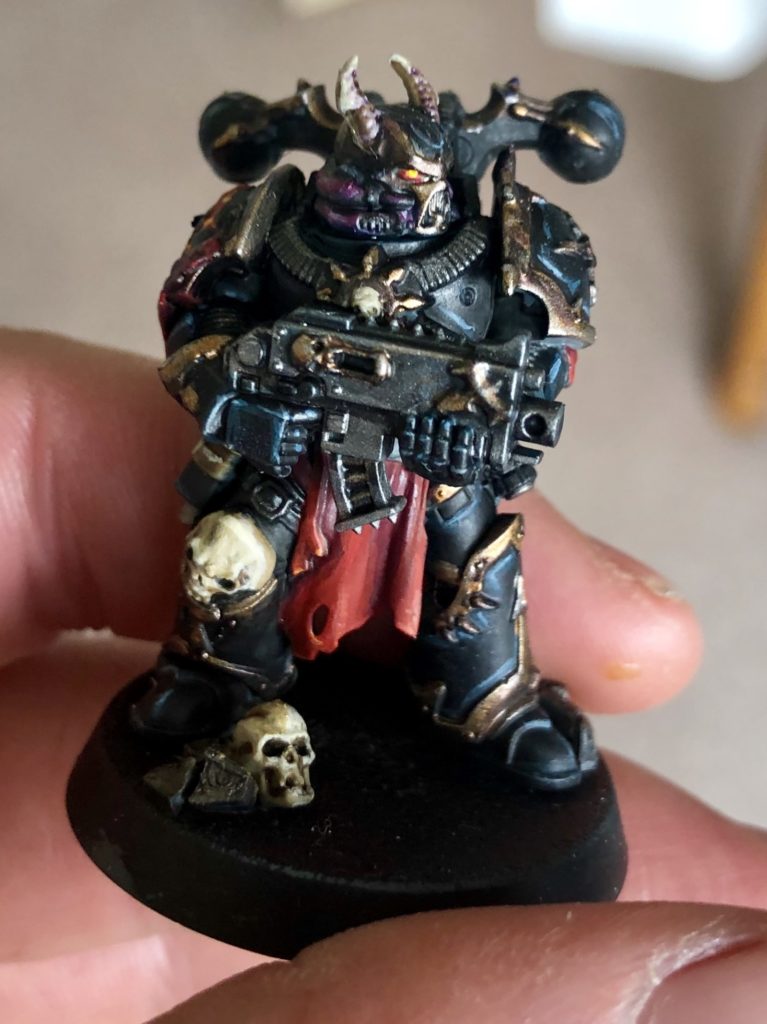 Also for Blackstone Fortress, this Space Marine. He’s not a huge fan of the Emperor, you know? 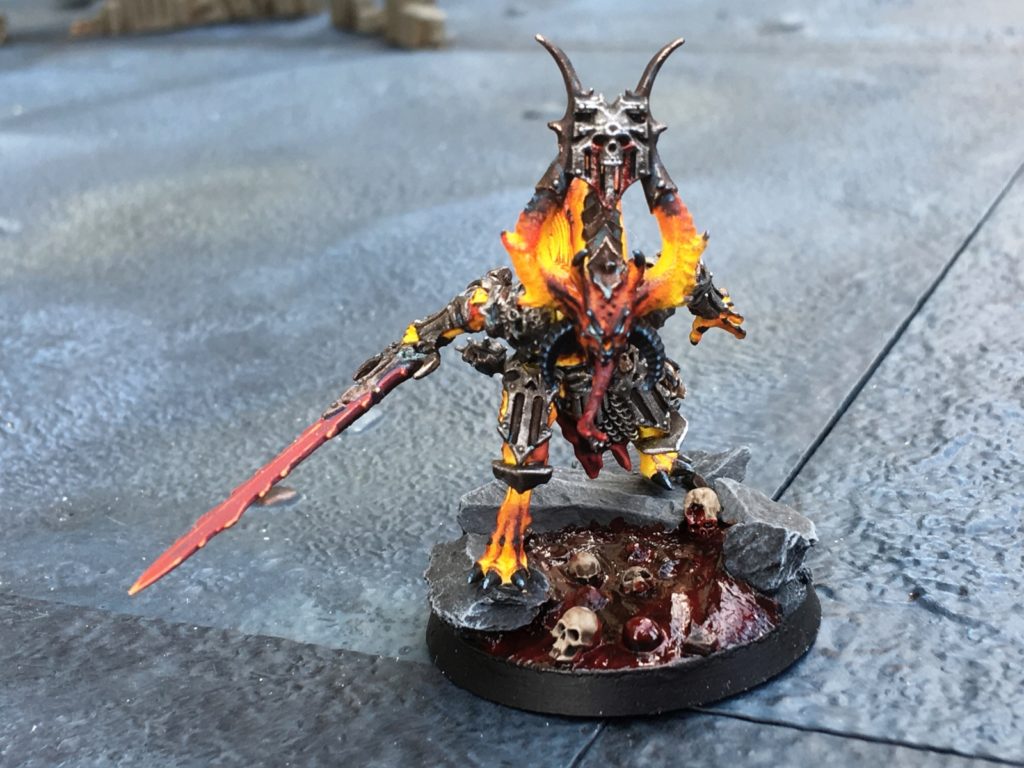 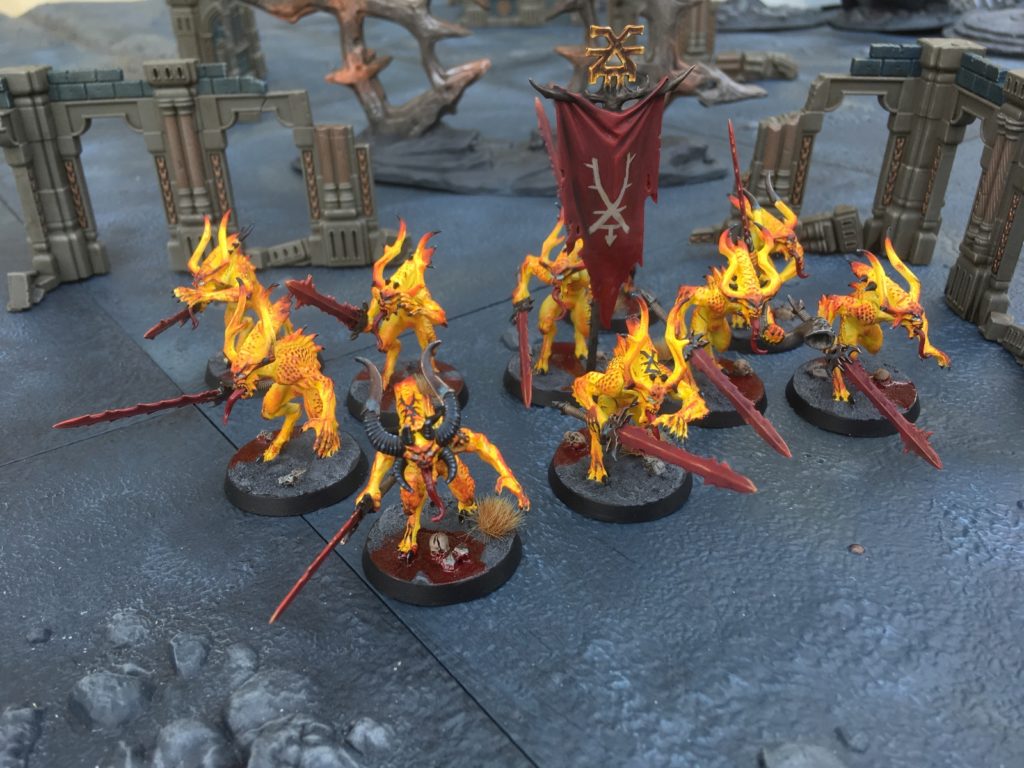 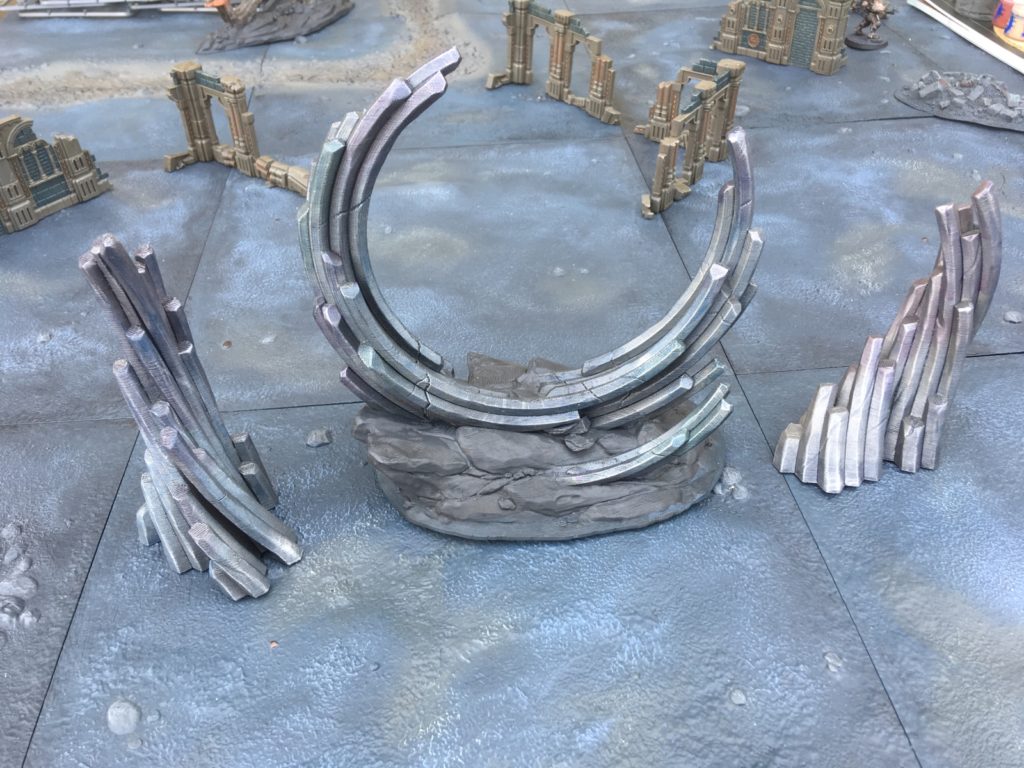 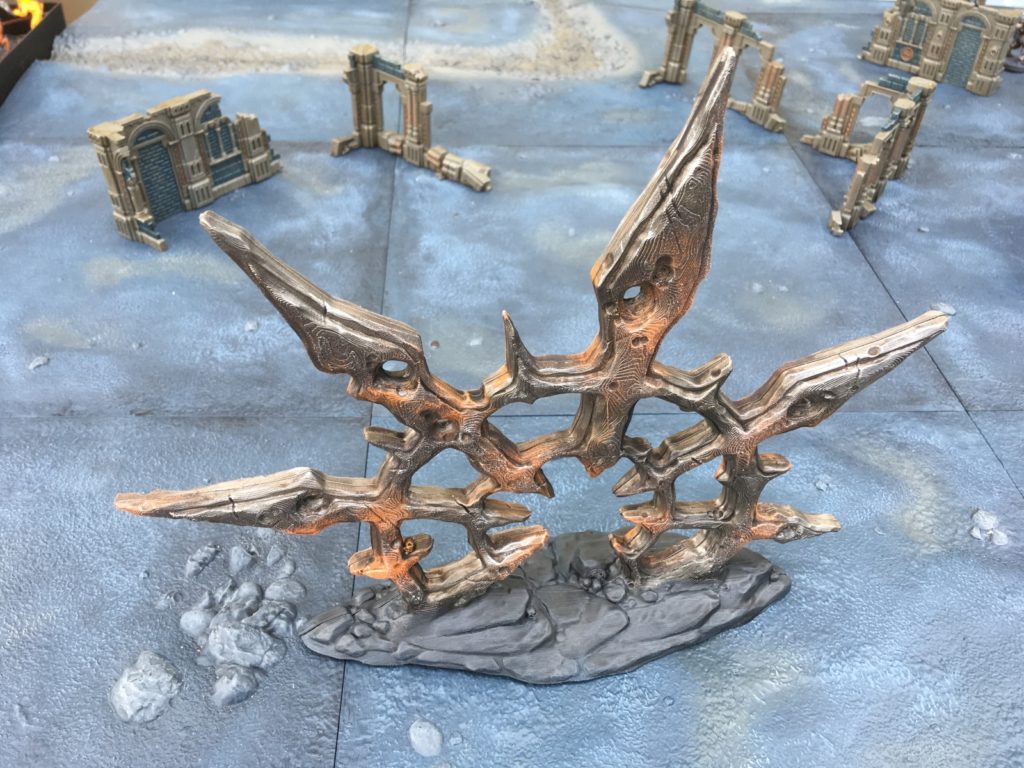 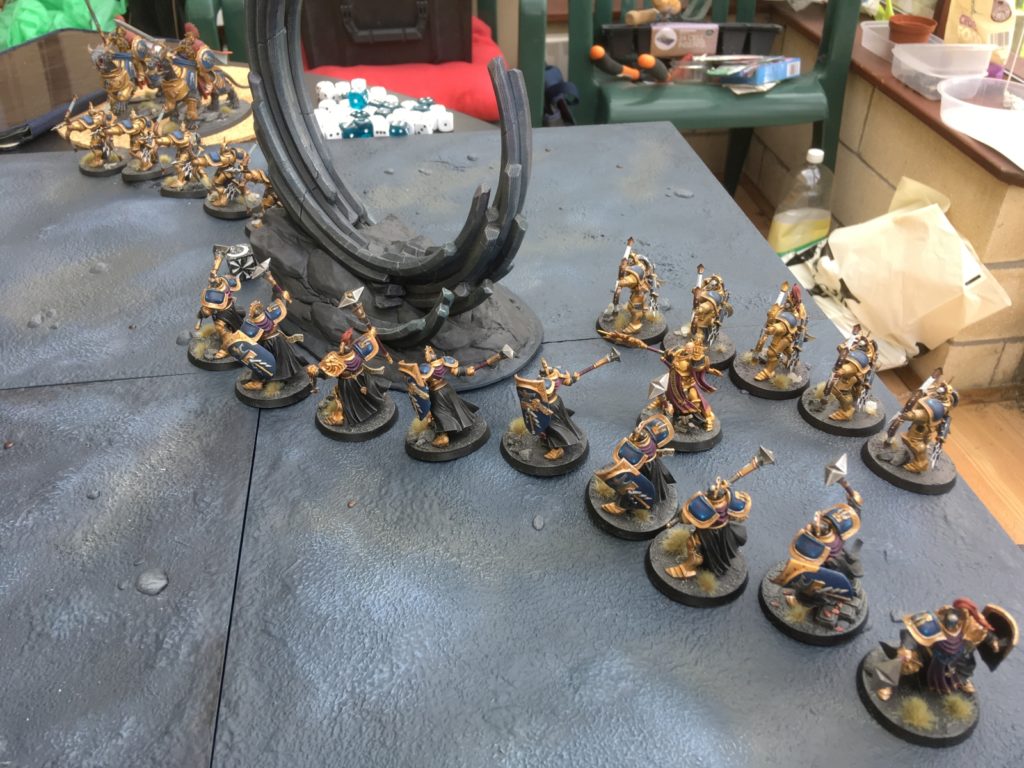 At the start of the battle, Tom’s forces form orderly lines next to a realmgate infused with mystical energy. The Knight-Incantor gives Khorne the finger, which is rude. 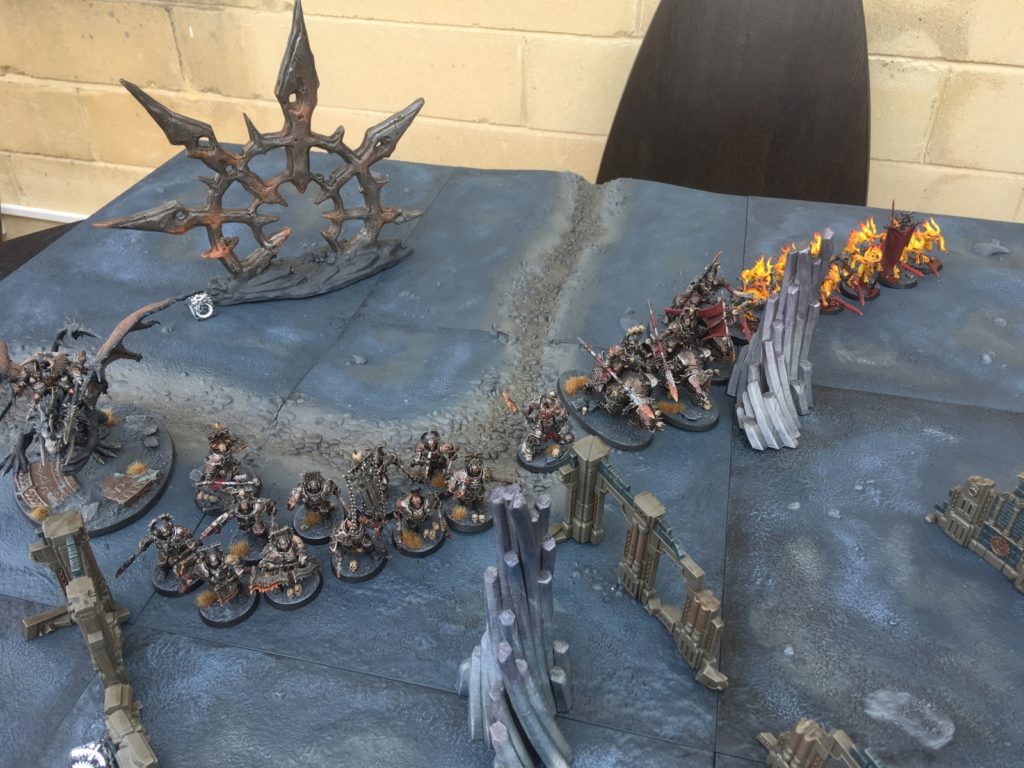 Chris’ forces of Khorne get ready to charge, except the lord on manticore, who is ready to hide at the back and make lategame MVP plays. 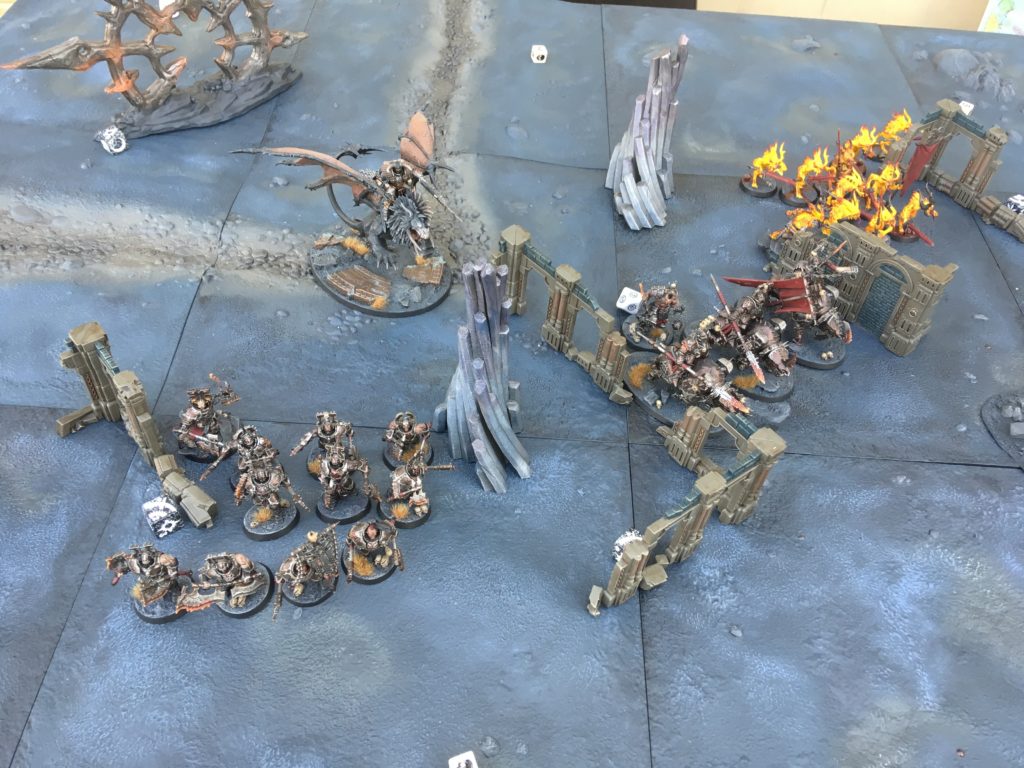 Chris’ staggered advance is intended to protect against the threat of dragonmen from space, but they do not materialise, yet. 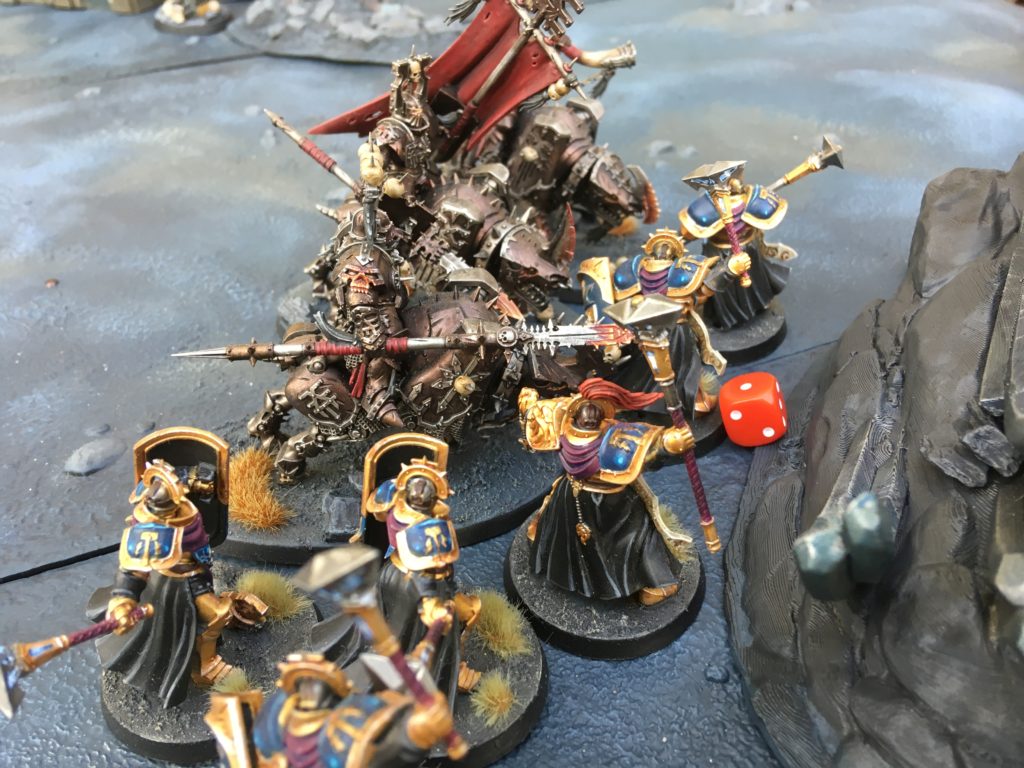 The Mighty Skullcrushers slam into the Sequitor battleline and do… exactly one point of damage. 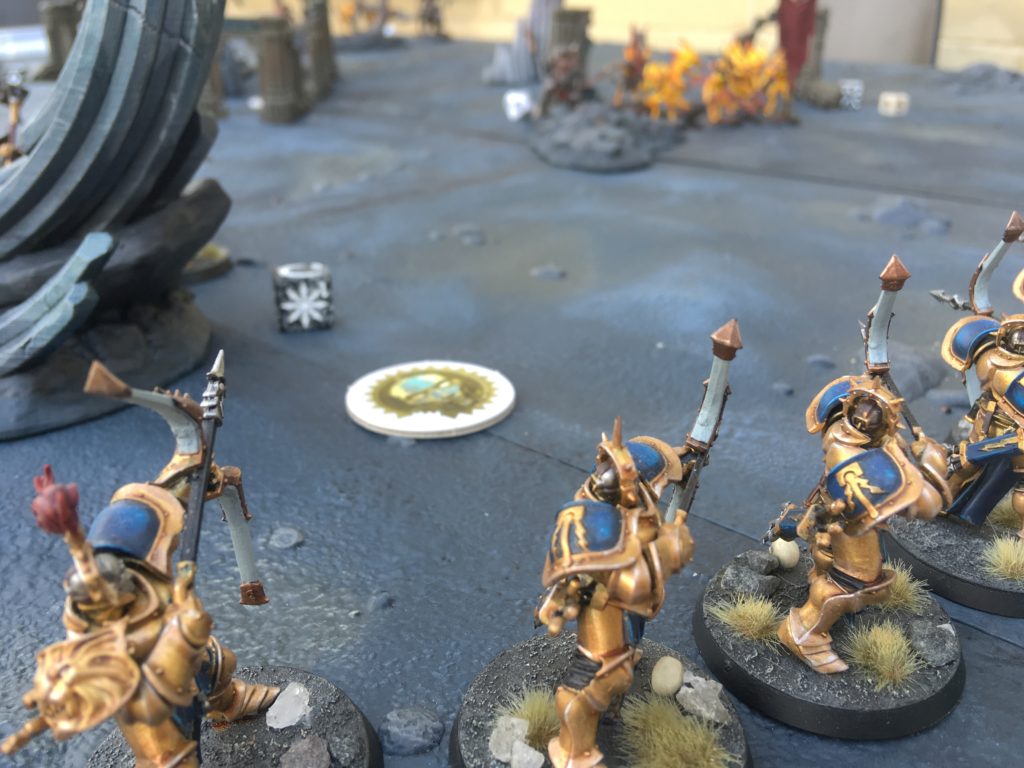 Tom’s two units of Judicators shoot off some Bloodletters and badly wound the Slaughterpriest, all while slowly retreating like the big brave golden warriors they are. 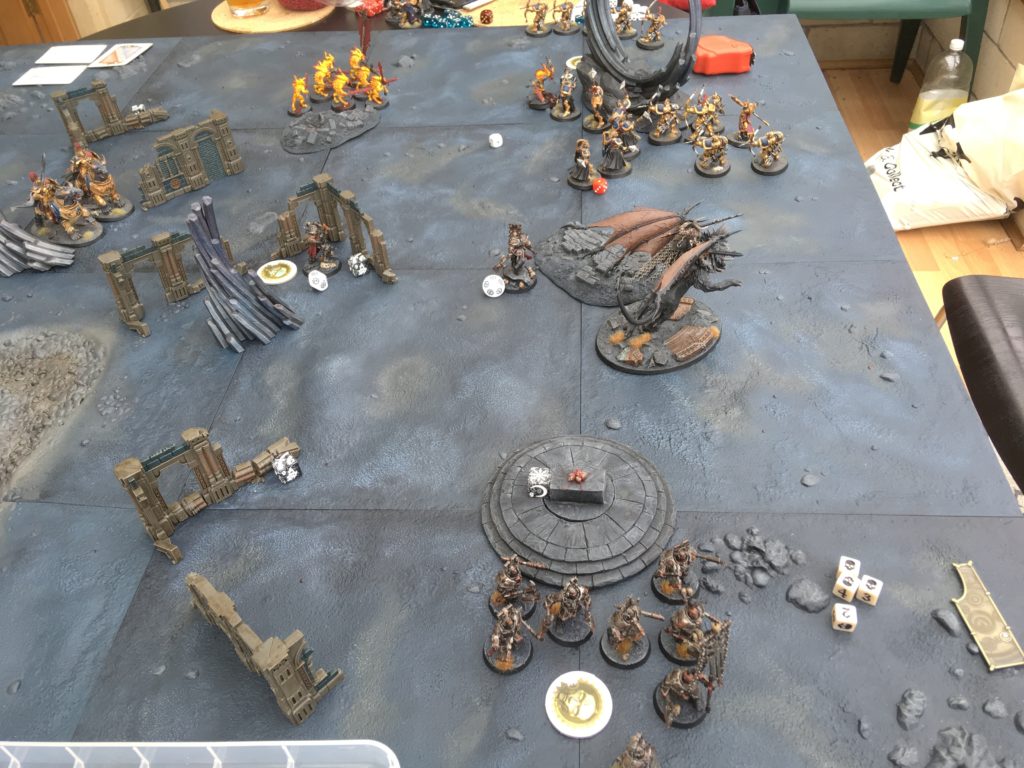 The board going into Tom’s third charge phase. The objectives come down and the Blood Warriors redirect to claim one, while the other is nestled comfortably in Stormcast territory. The middle one, however, is only protected by a Slaughterpriest – and the dragonmen from space finally arrive. 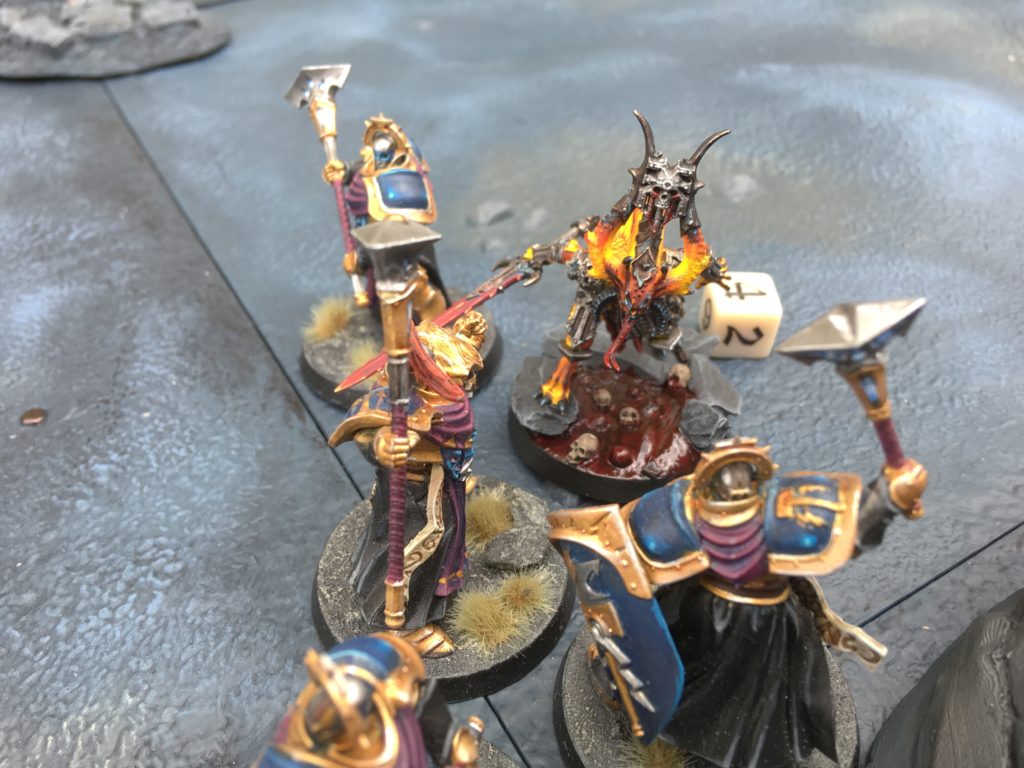 Big shout out to Karthoth the Bloodhunger, a time-travelling sword that allowed this lone Bloodletter to slay several Sequitors by himself before being dragged down. 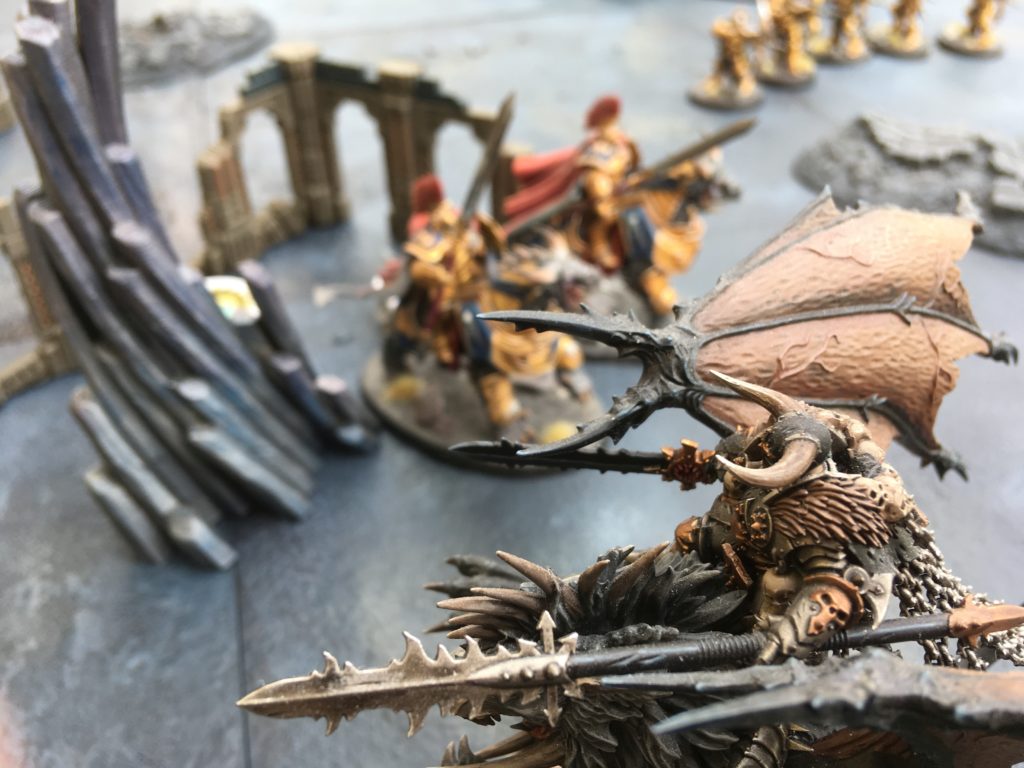 The dragonmen from space wipe out the Slaughterpriest, but the lord on manticore circles back and gets ready to actually attack something… 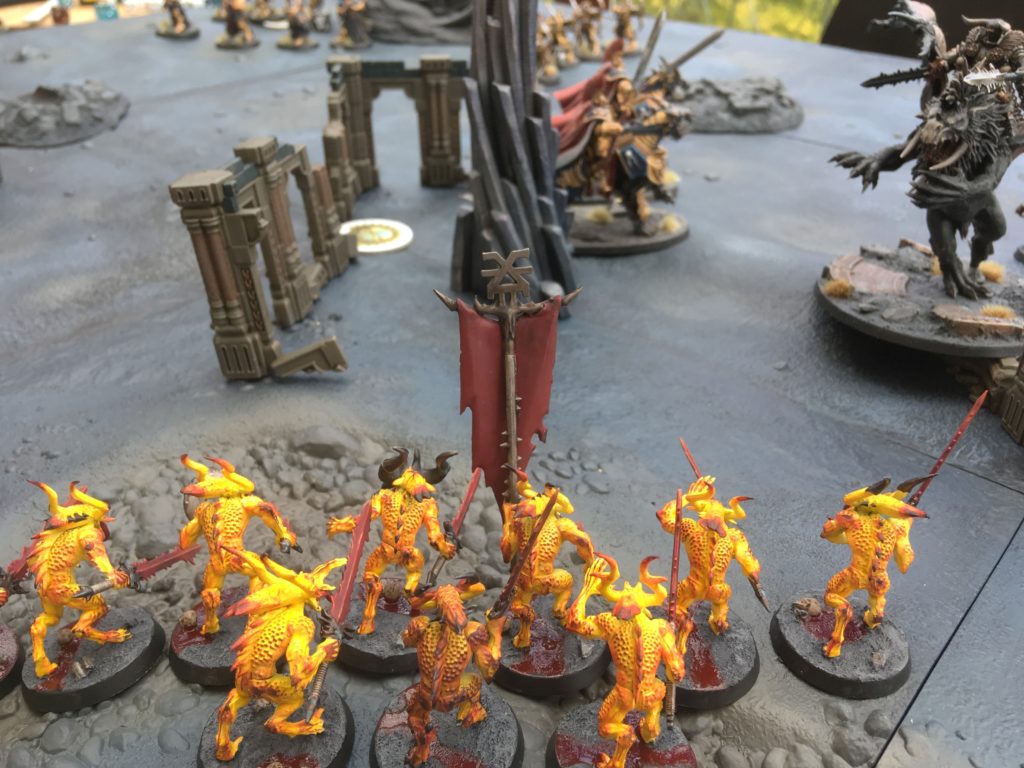 …and more importantly, find space to summon some more Bloodletters. 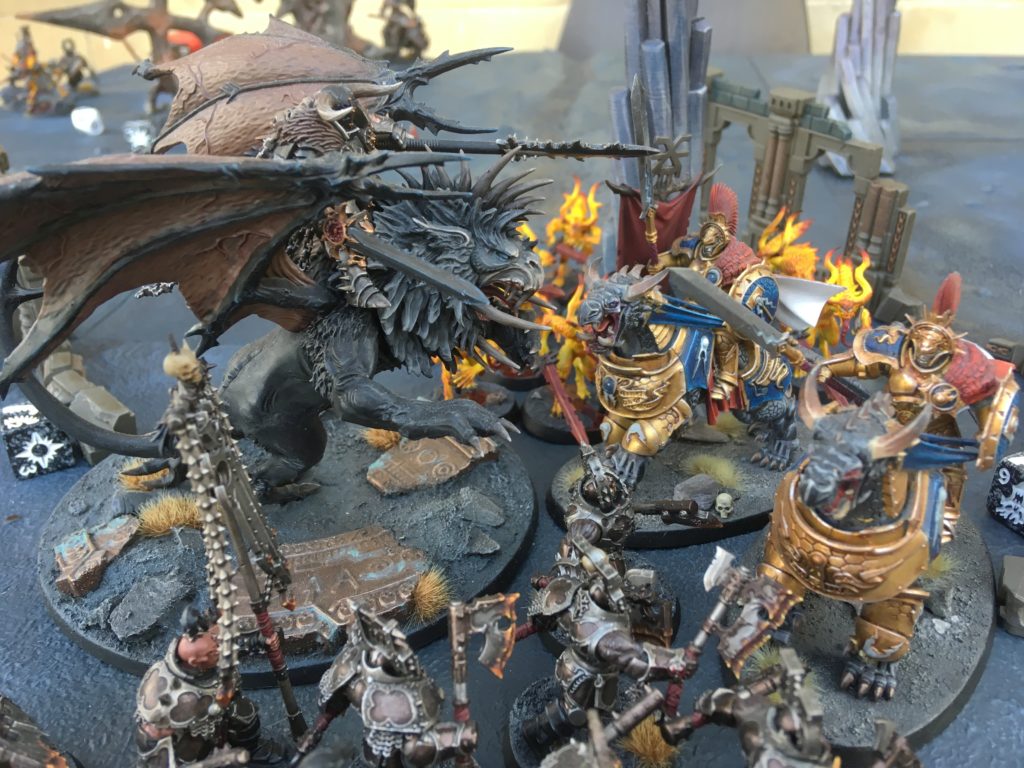 The manticore drags down one of the Fulminators in battle, but a lone dracoth manages to kill all ten bloodletters by itself! However, the objective is too far away for the Sequitors to reach it, and there’s no way for the lone surviving Fulminator to kill every single foe in its path. Chris reclaims the centre objective and wins the game!